​Unlike the other 19 official Italian regions, Valle d'Aosta is not split into a series of regional provinces. This is an autonomous region that makes its own laws and has its own regional government. There is one similarity with the provinces of the other Italian regions in so much as there are a number of comunes (comuni in Italian) that are governed under the region of Valle d'Aosta, in this case there are 74. The total area of the region is 3,263 km² and the total population currently stands at 125,666.

The capital of Valle d'Aosta is Aosta itself, the only city in the region and its cultural home. The city is full of Roman monuments including the Arch of Augustus, a Roman Theatre and a city gate named Porta Praetoria.

​Most visitors are attracted to Valle d'Aosta during the winter when it becomes a popular destination for skiing. It can boast some of the best ski resorts in Italy including Courmayeur and Breuil-Cervinia, as well as two of the world's most famous mountain peaks: the Matterhorn and Monte Bianco (more widely-known by its French version "Mont Blanc").

Valle d'Aosta's geographical position at the confluence of several borders has seen it fought and argued-over throughout its history. Its strategic value has led to an unusually large number of fortifications being built all over its landscape. Some of the finest castles in Italy can be seen within Valle d'Aosta's environs including the imposing Fort Bard and the aesthetically-pleasing Castello Savoia among some of the most notable.

​The latter of those castles, Castello Savoia, is situated in one of the region's smaller valley areas, the Lys Valley. Some of the prettiest villages in the region can be seen here including Gressoney Saint Jean, Lillianes and Fontainemore. Further valley regions include the Cogne Valley, part of the Gran Paradiso National Park that Valle d'Aosta shares with Piedmont, and the Valpelline Valley, at the end of which sits the beautiful lake: Lago di Place Moulin.

​This is a region of exceptional natural beauty that can be witnessed all over the valley areas. The Mont Avic Natural Park lies at the end of an incredibly steep, twisting mountain road that will reward your efforts with breathtaking scenery, while the lower reaches of the valley can boast the Marais Nature Reserve and the Parc Animalier d'Introd.

Those of you with just a keen interest in languages will have noticed the proliferation of French in some of the place names. In fact, both Italian and French are taught in the region's schools, while a third language known as Patois Valdostano is spoken by more than half the population. Indeed, many residents of Valle d'Aosta are fluent in all three languages with some of those also able to speak the German dialect that can be heard around the Swiss border towns to the north. 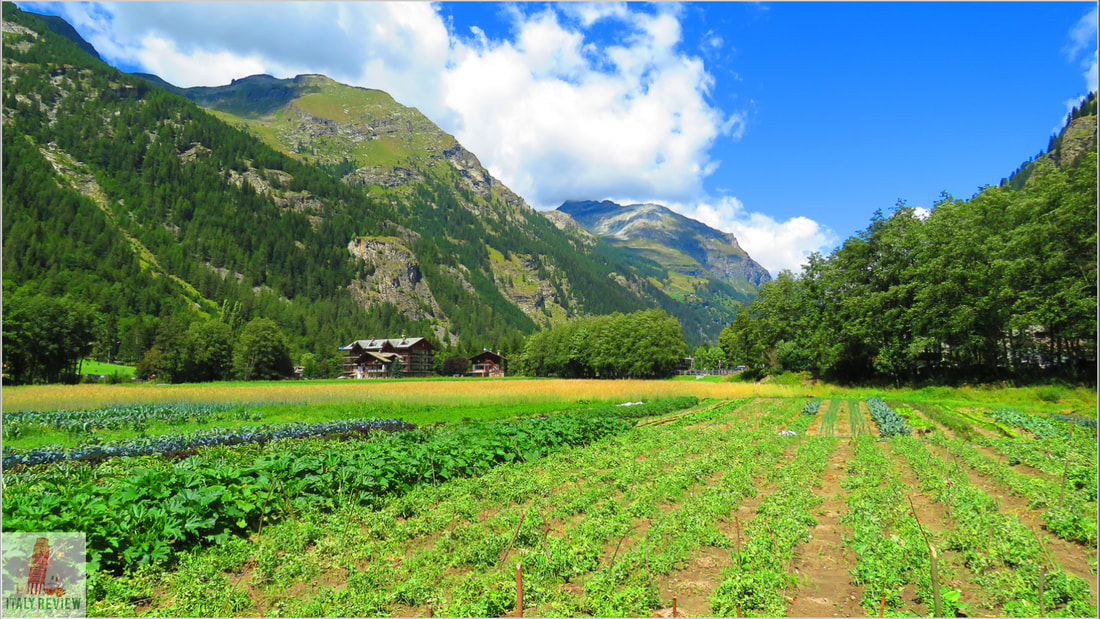