​During Roman times, the lake was known as Lacus Larius, and the second part of that name gradually evolved into Lario, which is the name many locals still give the lake. The term Lario can be found in various place names around the lake such as Mandello del Lario for example.

Measuring 146 km² and 46 kilometres in length, Lake Como is the third largest in Italy but its depth of 410 metres makes it one the deepest in Europe, surpassed on that measure only by four lakes in Norway.

​The size and scale of Lake Como makes it an ideal holiday destination. However long you stay here, it's unlikely you'll get bored or run out of things to see any time soon as there is so much on offer. Aside from the two biggest cities of Como and Lecco, there are dozens of smaller lakeside towns that merit a visit. Among those smaller towns, the most lustrous are Bellagio, Varenna, Menaggio and Cernobbio. In each of those towns you'll find a certain elegance; a grandeur in the architecture set amongst the dazzling backdrop of natural beauty of the lake.

​There are various ways to make your way around the lake and its various towns. The most popular and arguably the most enjoyable is to take advantage of the ferry network that runs during the summer months. There are in excess of 30 ferry stops (called "imbarcadero" or "imbarcaderi" when pluralised) around the lake, one for each of the main towns and for almost all of the smaller ones as well. The ferries are suitable for foot passengers and cars as well, particularly useful for crossing from one side to the other at the centre of the lake in order to avoid having to drive all the way around.

The option of exploring the lake with a car is also a very attractive proposition. If you want to visit every single town around the lake it would take you a number of days but by simply driving around and stopping off at the occasional place you like the look of, you can have a wonderful time and witness some of the most spectacular scenery that Italy can offer.

Aside from the lakeside towns, Lake Como is famous for its collection of beautiful gardens. The town of Varenna has several including Villa Monastero, while Bellagio's Giardini di Villa Melzi is simply breathtaking. Across the other side of the lake, the gardens at Villa Carlotta and Villa del Balbianello are not to be missed, the latter made more famous in recent times as it was the filming location for the James Bond film Casino Royale and Star Wars Attack of the Clones.

​Lake Como is situated around 50 kilometres directly north of Milan, a drive of around an hour. International travellers can take advantage of Milan's three airports: Milan Malpensa, Milan Linate and Milan Bergamo, covering a multitude of airlines and destinations. It's also possible to reach Lake Como by train with stops at Como, Lecco and selected other smaller towns such as Varenna.

Click the photo below for photos of all the ferry stops around Lake Como with timetables coming soon. ​ 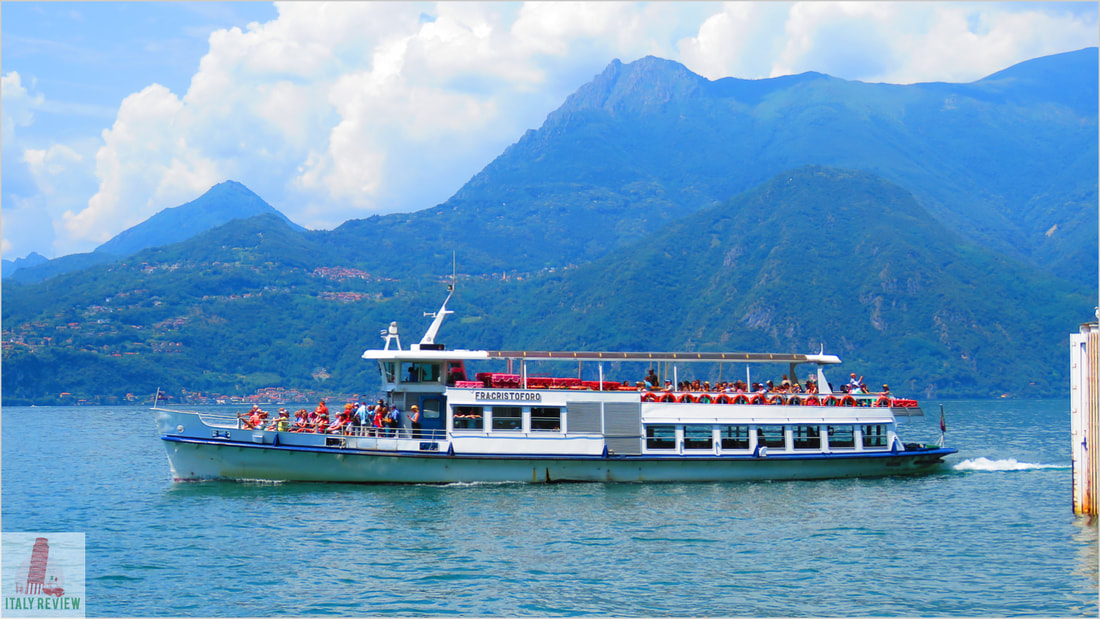