A single page guide to the Eternal City

Related links
Where to start?

​Huge tomes, a thousand novels and countless films have passed on the stories of Rome through the generations. In the unlikely event that you were to arrive in Rome without any previous knowledge of the place, you would immediately see that its past has been well-preserved through its astonishing collection of historic buildings.

​A visit to Rome is all about prioritisation; it's absolutely impossible to see everything in one visit, no matter how long that visit lasts. To see all of the sights in the guide books would take months or even years so you really have to think about your visit a little bit in advance to make the most out of it. Throughout this website you'll find dozens of pages of sights, while the idea of this description is just to showcase some of the highlights.

​Without question, the monuments of Ancient Rome are the first thing that people want to see here and where better to start than the Colosseum. Built between 50 and 80 AD, it was once capable of hosting crowds of up to 80,000 people, a strangely similar number to most of the biggest stadiums that are still built in modern times. What you won't see in modern stadiums though, are the public executions, animal hunts and gladiatorial contests which were part of daily life in the Colosseum.

​Political decisions that had far-reaching effects were made at the Roman Forum, just a short walk from the Colosseum, while death-defying chariot races took place at the nearby Circus Maximus. Along the same streets that we still see today, some of Rome's most historic moments took place; triumphal arches such as the Arch of Constantine are just one such reminder of those events. However, it is not just the ancient that we get to witness in this area of Rome; stride the main road away from the Colosseum, past the Forum and you soon come to Piazza Venezia which is dominated by a building from rather more recent times. On this website I've used one of its names, Il Vittoriano, but the huge marble palace built in 1885 is also called the Altare della Patria along with a set of nicknames including "the wedding cake" and "the typewriter". 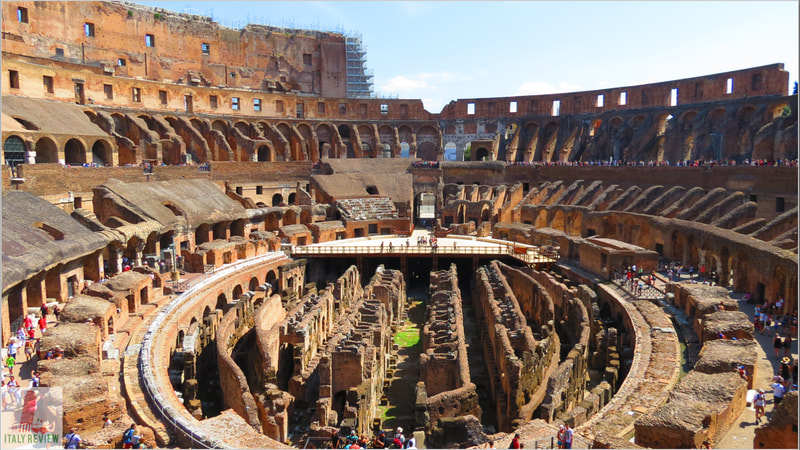 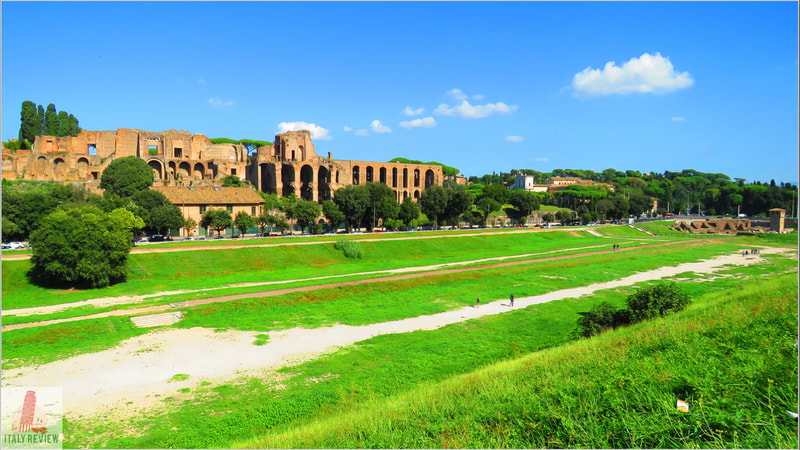 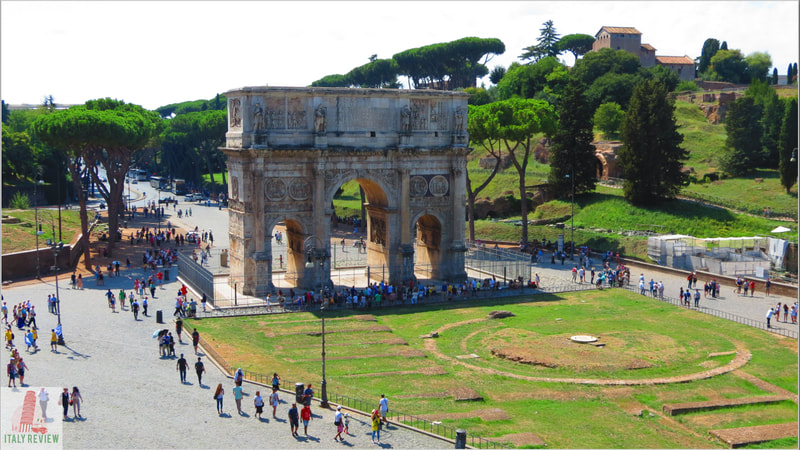 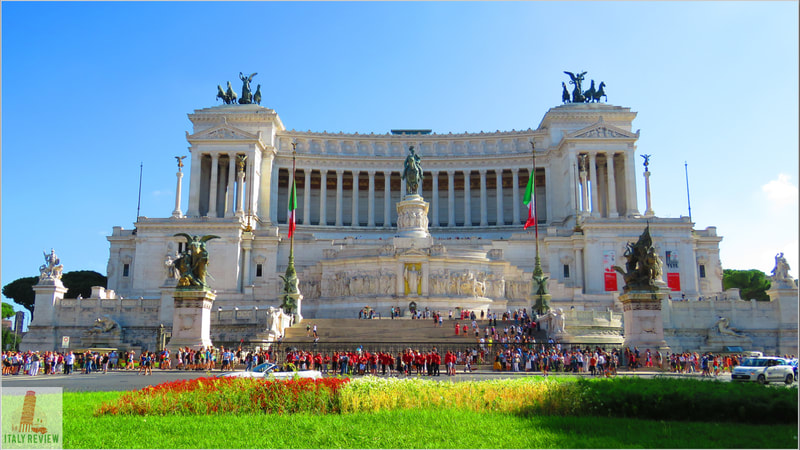 Il Vittoriano, Roma
​Head north of Piazza Venezia and you reach a rather different part of Rome, the labyrinth of narrow streets that makes up the centro storico. Within the historical centre you'll find the incredible Pantheon, an ancient Roman temple that later became a church, but is most notable for its extraordinary domed roof with an oculus that lets in the rain. The centro storico is also home to the beautiful Baroque Trevi Fountain built in 1753; surely there's no other fountain in the world with quite the level of renown and it's always crowded by people trying to catch a glimpse or throwing in coins to bring them good luck. There are further fountains across the centro storico at Piazza Navona, arguably the most beautiful but certainly one of the most important squares in the city.

​Snaking its way through Rome is the River Tiber, Tevere in Italian. Heading west across the city and leaving the centro storico behind you, there are dozens of bridges across the river which will take you to areas such as Trastevere ("across the Tiber"), or to one of the most popular visitor areas, the Vatican City. One of the most beautiful sights in Rome is that of Castel Sant'Angelo, the ancient castle which sits at one end of the bridge, Ponte Sant'Angelo. The castle is one of the must-see sights in Rome, not least because from the top of it you can get some of the best views in the city. 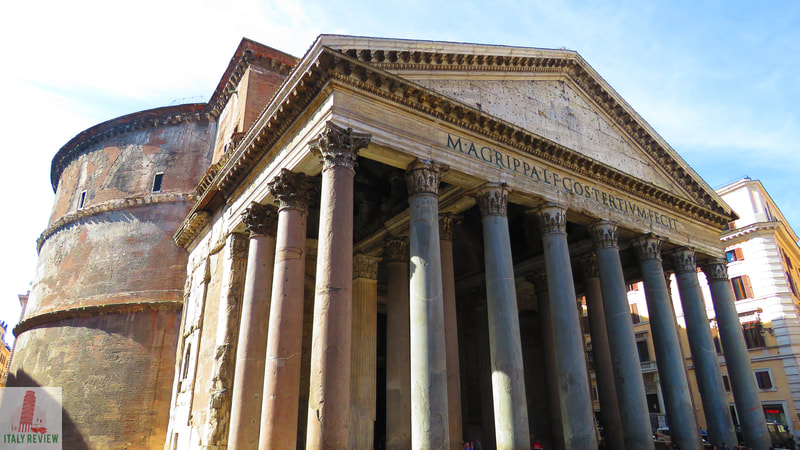 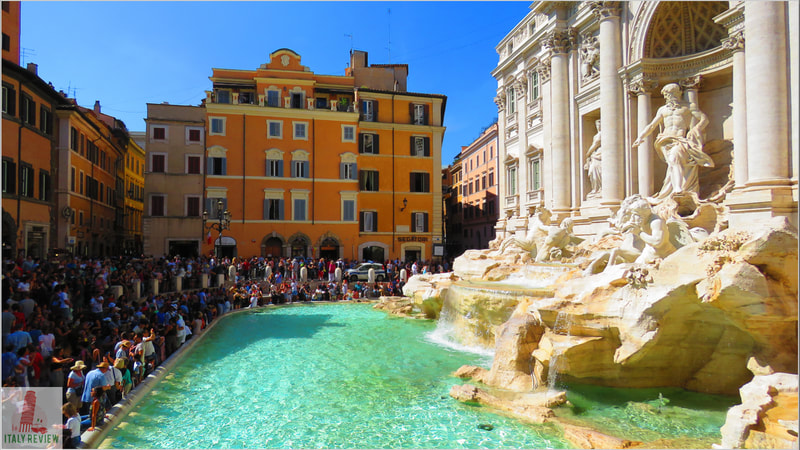 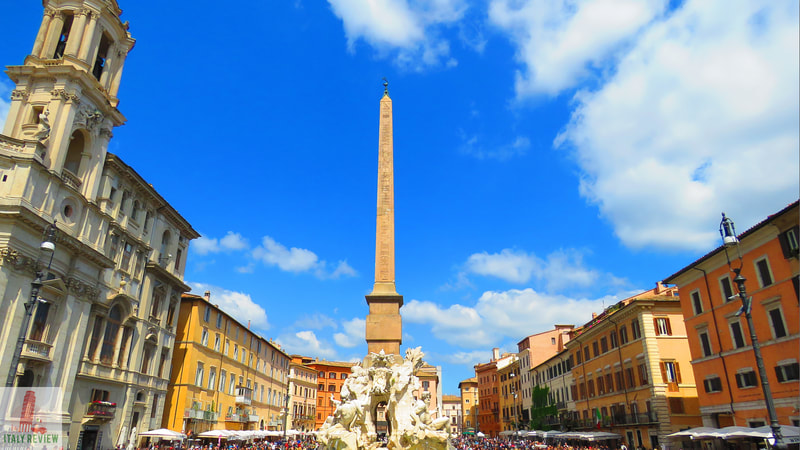 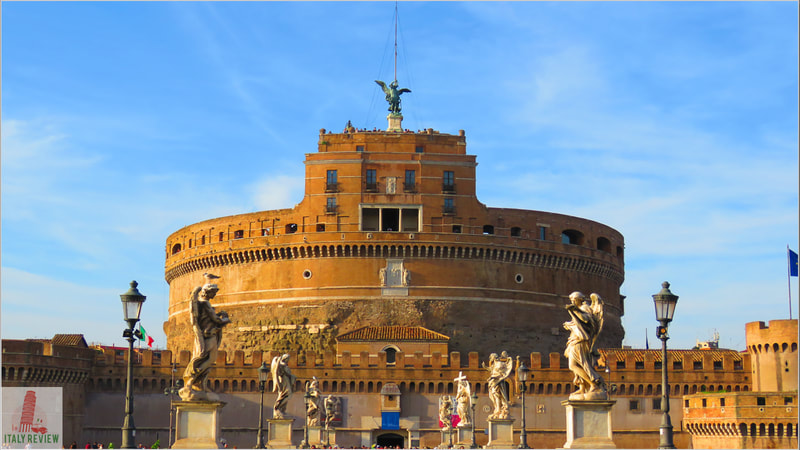 Castel Sant'Angelo, Rome
Castel Sant'Angelo lies just a few steps from Via della Conciliazione, the street that leads up to Piazza San Pietro, (St Peter's Square). This is the place where popes make speeches to the masses, the very centre of christendom that every now and then sees the black smoke rise before a new pontiff is anointed. The huge, oval-shaped square stands at the foot of Italy's most important church, the Basilica di San Pietro, Saint Peter's Basilica. The gigantic church is part of the Vatican City, a tiny independent state, which boasts one of Rome's major visitor attractions: the Vatican Museums. So vast are the galleries of the museums that even a single day isn't enough to see everything but what absolutely cannot be missed is the Sistine Chapel that lies within it, with its world-famous ceiling fresco painted by Michelangelo.

Back across the other side of the Tiber and north of the centro storico lies Rome's most important park: Villa Borghese. The expansive park consists of wide, tree-lined boulevards and lawns where you can just sit and drink in the Roman air. Most people walk around the park but you can also hire bicycles, rickshaws and tandems to get around. One of the most popular areas of the park is the Pincio Promenade from which you can get great views down on to Piazza del Popolo. ​​
Roma Capitale
UNESCO World Heritage Site

Historic Centre of Rome, the Properties of the Holy See in the City Enjoying Extraterritorial Rights and San Paolo Fuori le Mura

Getting to Rome is made easy by its two international airports; the most famous of those is Leonardo Da Vinci Airport, better known as the neighbourhood that it lies in, Fiumicino. Rome Fiumicino Airport is the most important airport in Italy with connections to major cities across the globe, while the city's second airport. Rome Ciampino is popular with low-cost airlines that fly to mainly European destinations.

The best way to get around Rome is via the Metro underground railway system with which you can reach most of the major tourist sights, but the city also has a network of trams and also buses as an alternative. Central to all travel around the city is Rome Termini train station; not only does it offer rail connections to the other major cities in Italy, but it's also the major terminus of buses in the city, including the hop-on/hop-off open-top tourist buses which are a great way of seeing the main sights for those with little time and/or energy. ​ 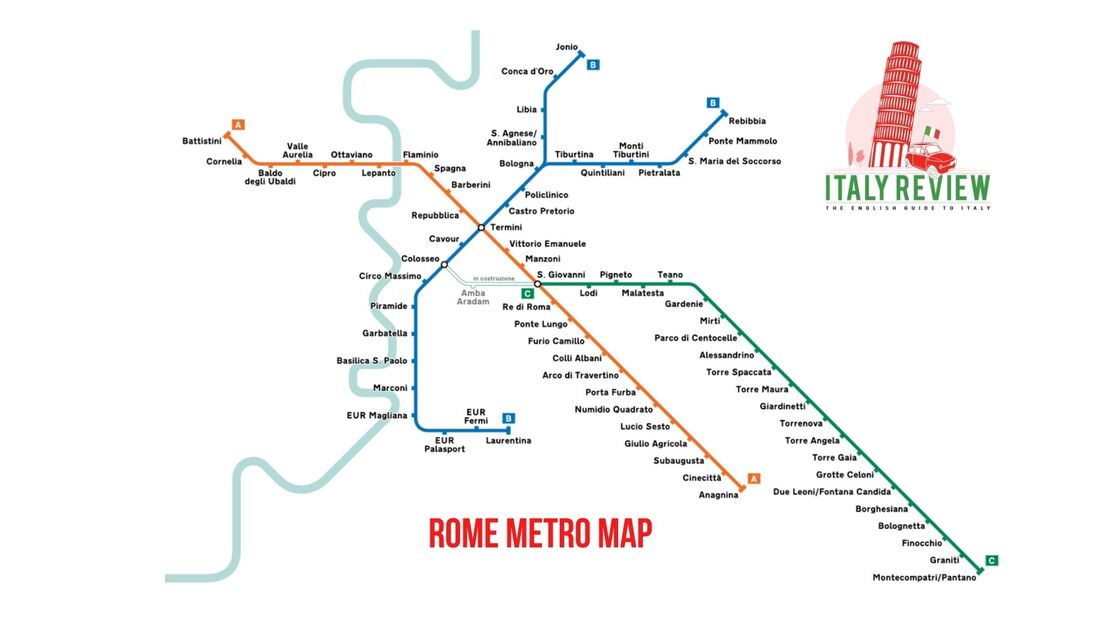 Within an hour's journey from the centre of Rome there are countless places to visit, but the six below are the pick of the bunch. Between them they offer a mixture of historical sights, lakeside lounging and a feast for the eyes.

To the south-east of Rome is an area called Castelli Romani, or Roman Castles; the name is a little misleading because it's more about beautiful lakes and gardens than fortresses per se. Among the most engaging towns are Castel Gandolfo which lies next to Lake Albano; it's as much a popular lakeside resort as it is a charming hill town, with the added bonus of one of Italy's best gardens to visit at Villa Barberini.

Close to Castel Gandolfo, another of the Castelli Romani towns is Nemi. It's much quieter and understated, but it offers some breathtaking views over Lake Nemi and a colourful, but small town centre.

Directly east of Rome we have the historic town of Tivoli but it's not necessarily the town itself you come to visit. Tivoli, small and unassuming as it is, is the home of not one, but two UNESCO World Heritage Sites. One is another of Italy's most beautiful gardens: Villa d'Este, and the other is the Roman archaeological park of Villa Adriana.

Across on the opposite side of Rome towards the coast we find another archaeological site: Ostia Antica which was the city's bustling port during the time of the Roman Empire. North of Rome we have another lakeside option: the pretty town of Trevignano Romano sits on the expansive Lake Bracciano and offers culinary delights and a laid-back lifestyle. 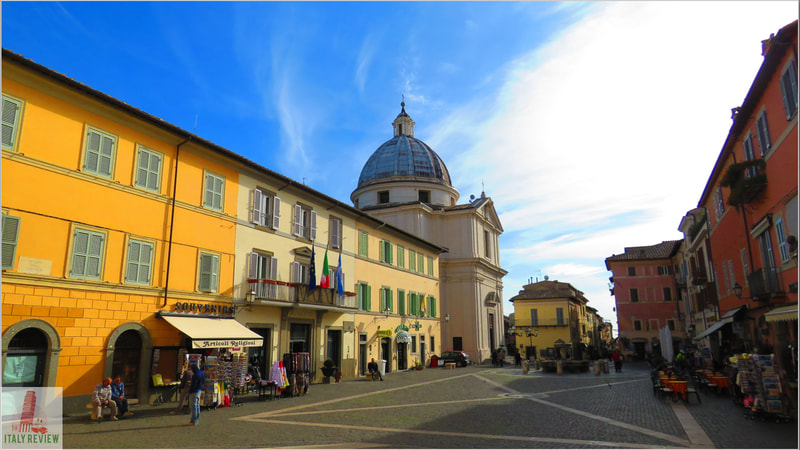 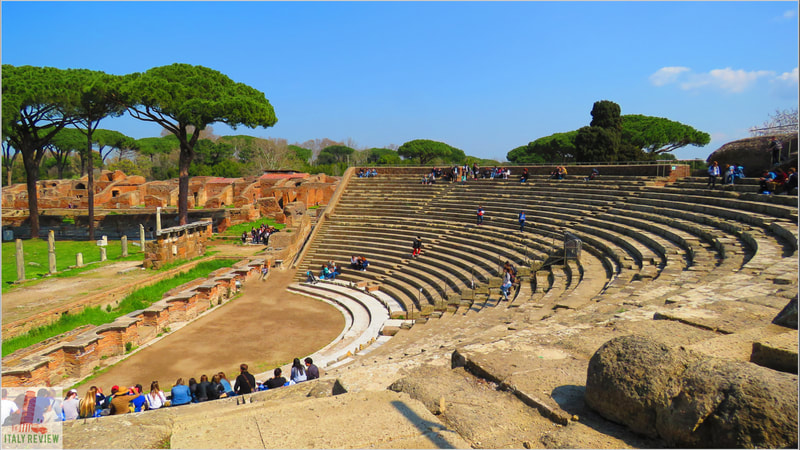 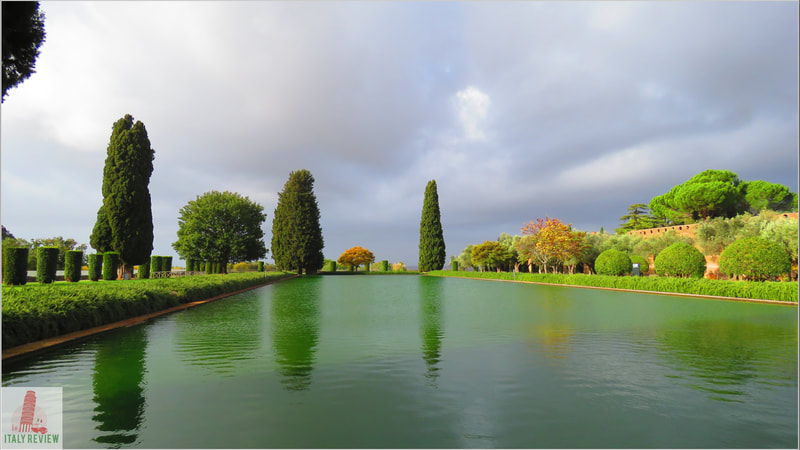 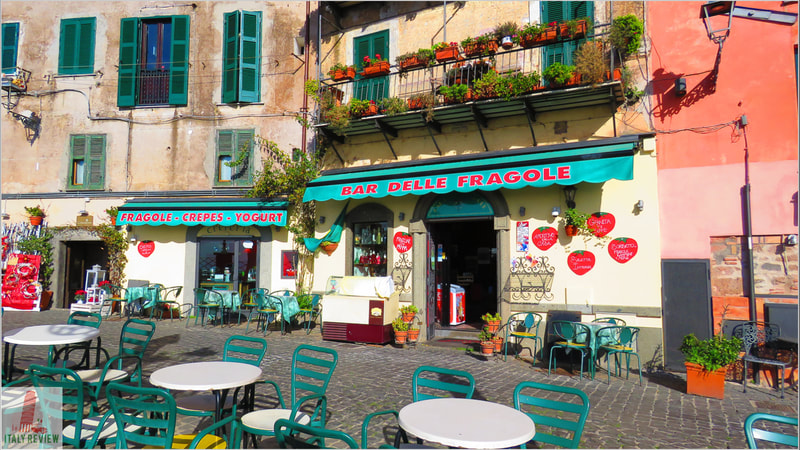 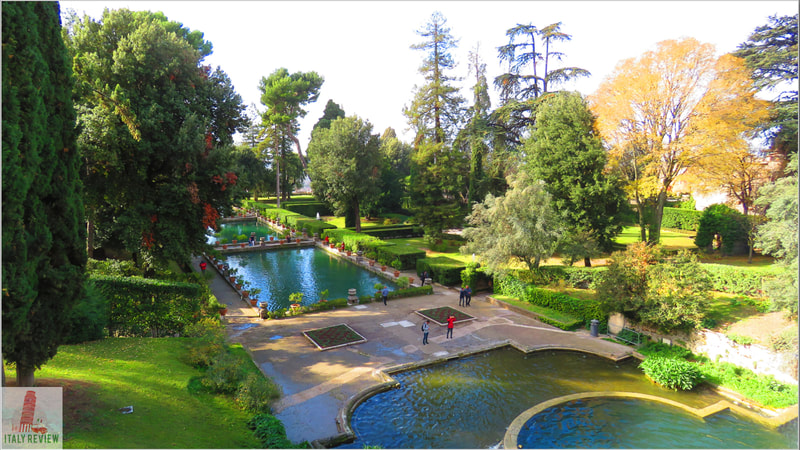 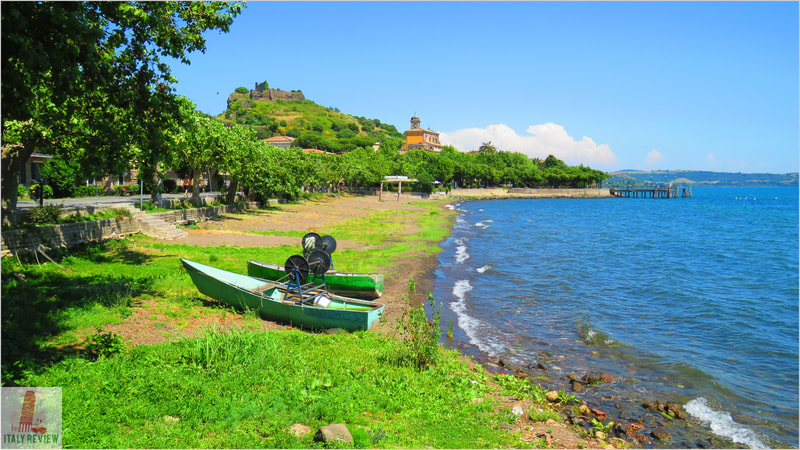 In association with Viator, the best activities and experiences in Rome are just a click away. Apart from the small selection listed directly below, you'll find hundreds more when you start to explore the pages. Click on any of the photos below to be taken to Viator's Rome pages.