Rovereto is situated with the Trento province of northern Italy, part of the wider Trentino Alto Adige South Tyrol region. It's the main city of the Lagarina Valley or Vallagarina which runs north to south along the course of the River Adige, between the Po Valley to the south and the area around Rovereto to the north. The main part of the River Adige flows to the west of the city, around a kilometre from the centre, while the River Leno tributary reaches the southern part of the centro storico, (historic centre).

Ten kilometres to the west of Rovereto is the northern shore of Lake Garda, while directly to the north lies the capital city of the region: Trento. The regional border with Veneto is around 15 kilometres to the east of Rovereto, while the city lies on the main road that eventually reaches the Brenner Pass; one of the main routes in and out of Italy via Austria.
Sightseeing

Top sights
​
The main sight in Rovereto is the 14th century castle that stands in a slightly elevated position at the southern end of the town centre, overlooking the River Leno and a series of gently cascading waterfalls. Within the castle there's a museum dedicated to the events of the two world wars of the 20th century.

Rovereto was particularly affected by the First World War and there are numerous references to it in and around the city. A 20 minute walk south of the centre brings you to the Campana dei Caduti, also known as the Maria Dolens Bell which is situated on a steep hill. The bell, said to be one of the largest in Europe, rings every evening at dusk in an act of remembrance for all those fallen during the wars.

Back in the city centre there are numerous buildings of interest: the MART Gallery is the shortened version of the Museum of Modern and Contemporary Art of Trento and Rovereto (you can see why they shortened it!). Aside from the fantastic exhibits on display, the building itself is something to behold: a striking, modern structure with a glass-domed roof. 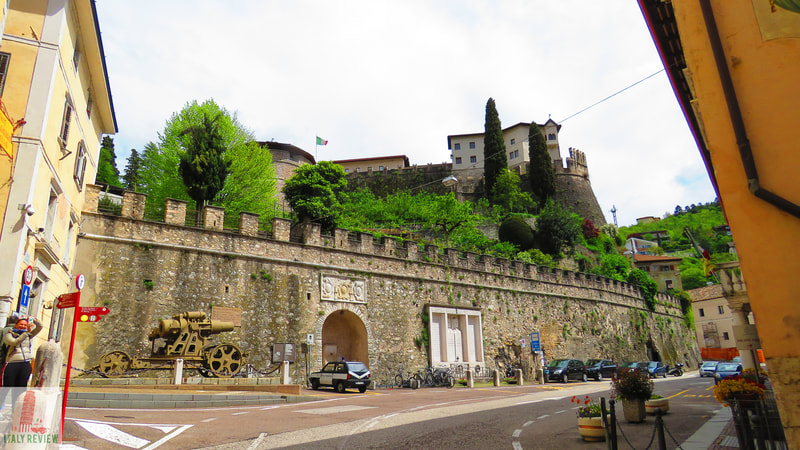 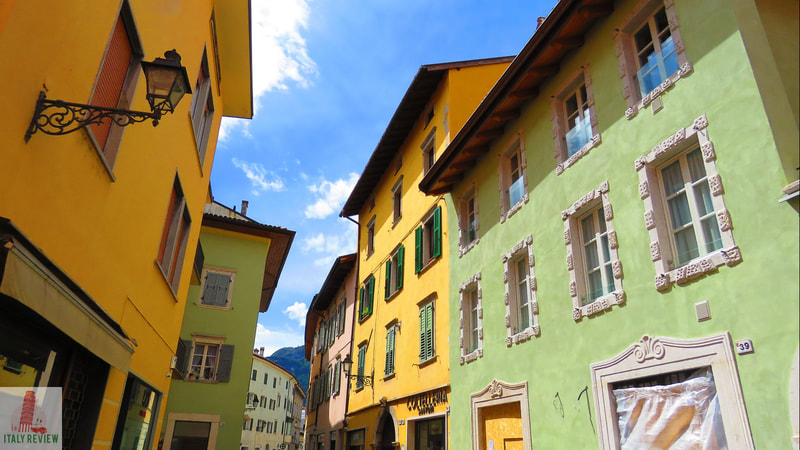 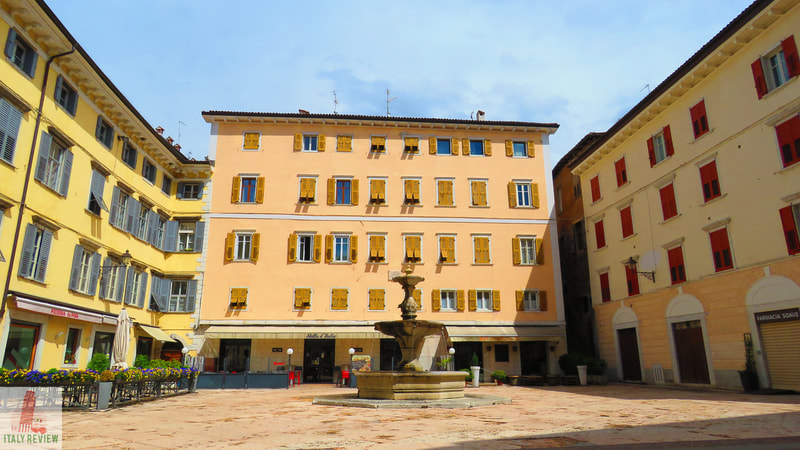 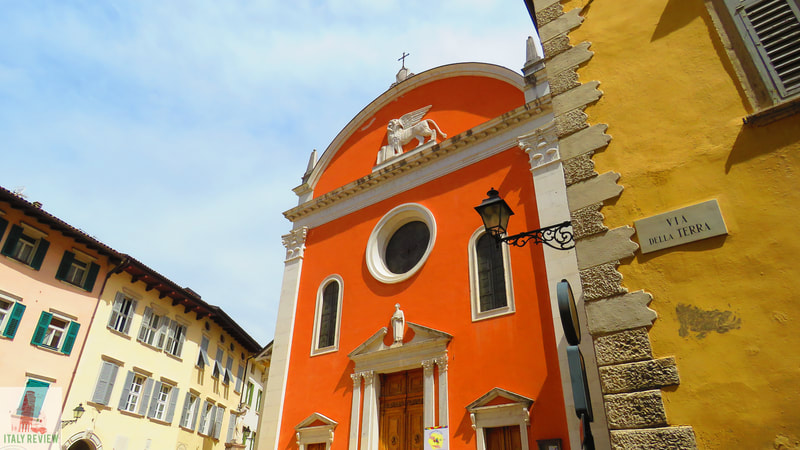 Chiesa di San Marco, Rovereto
On the opposite side of the road to the MART Gallery is the Teatro Zandonai which was built in 1783 and is the oldest theatre within the Trento province. Next door to MART on the same side of the road is the Palazzo dell'Annnona, the Civic Library which is said to contain as many as half a million books. This little cluster of buildings is situated to the north of the centro storico, while back towards the area around the castle, the link with modern art, so well established at the MART Gallery, is further strengthened with the Casa d'Arte Futurista Depero, named after one of Rovereto's favourite sons Fortunato Depero (1892 - 1960), a famous futurist painter and designer.

Aside from the individual sights detailed above, it's the city itself which is the main attraction. Its medieval streets of the centro storico are lined with colourful buildings and the most beautiful of all of them is the Chiesa di San Marco, its bright orange facade embellished with the proud Lion of Saint Mark, denoting Rovereto's time as part of the Venetian Republic. While strolling around the piazzas and generally exploring, don't miss the southern half of the city around the castle: there's a particularly good view of it from just across the River Leno which is traversed by the Ponte Forbato stone bridge.

The sights around the area of Rovereto are covered in greater detail further down the page, but in the immediate vicinity of the city centre is the Eremo di San Colombano, an amazing hermitage building seemingly glued to the sheer rock face. It's a couple of kilometres south-east of the city centre and reachable by car in less than five minutes. ​ 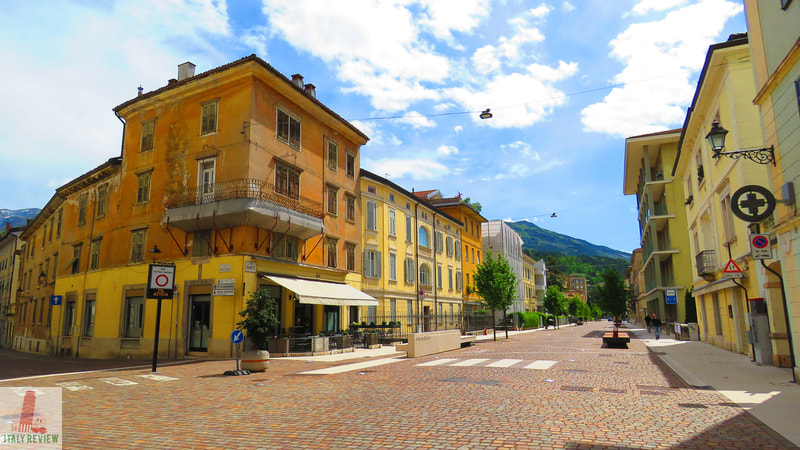 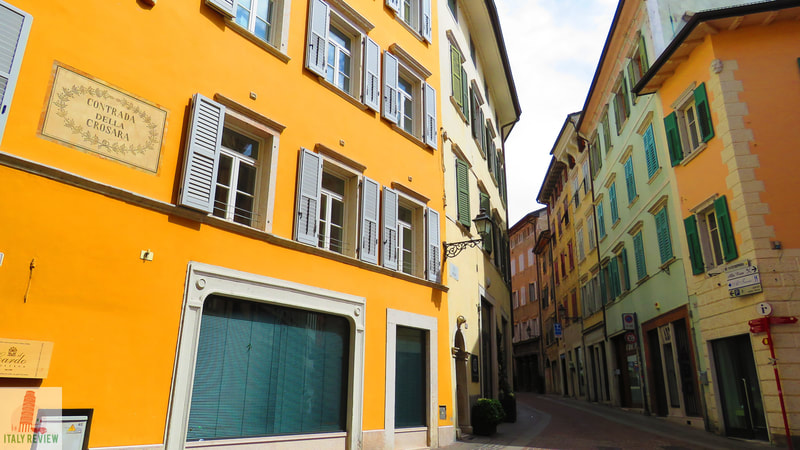 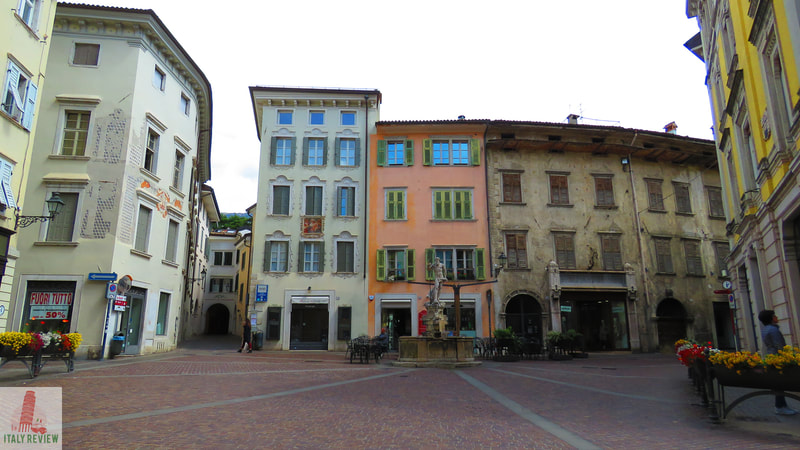 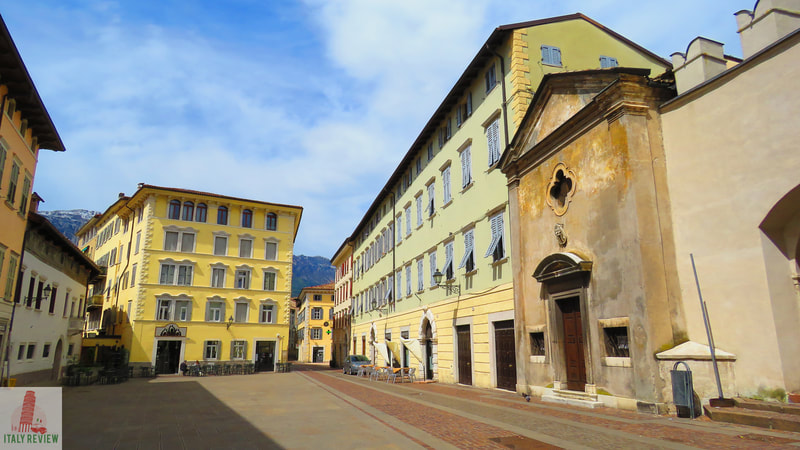 Piazza della Grana, Rovereto
Brief history
​
Rovereto was originally established by the Romans as a military garrison to help them control the road leading up to the Brenner Pass, from whence they came under threat from Germanic tribes such as the Alemanni. When the Venetian Republic took control of the city in the 15th century, Rovereto underwent something of a cultural shift from military stronghold to centre of trade.

The Venetian period of rule was relatively short-lived with the Austrian Habsburg empire following in 1510 and governing the city until the end of the First World War. Rovereto and the surrounding area was an important theatre of operations during World War One and suffered heavy shelling and bombing as a result. In the geographical and political reorganisation that followed the war, Rovereto joined the Kingdom of Italy, to which it remained until the Kingdom's dissolution in 1946, at which point the country became the Italian Republic.
Cuisine

Typical dishes in Rovereto and the surrounding area include:
​
Restaurants in and around Rovereto will offer dishes such as tagliolini con funghi, a type of pasta with mushrooms, although only when the mushrooms are in season (typically autumn). Other favourites include a type of dumpling called Canederli, and Orzotto all'aglio Orsino which is similar to pesto Genovese but made with wild garlic instead of basil. One of the best things about Trentino Alto Adige South Tyrol is that you'll find freshly-made, hot apple strudel very easy to come by!
Travel

Rovereto's train station forms part of the Brenner Railway line which connects the Austrian city of Innsbruck to the north of Rovereto to Verona in the Veneto region to the south. It's also one of half a dozen stops along the line between Bolzano and Rome, with other notable stops in between including Trento, Verona, Bologna and Florence.

By bus you can travel from Rovereto to the lakeside resort of Riva del Garda with a journey time of 43 minutes.

It's just a short distance from Rovereto to the E45/A22 Autostrada which runs from north to south. This is the road you use if travelling between Italy and Austria using the Brenner Pass. Heading south from Rovereto the main destinations are Verona and the resorts at the southern end of Lake Garda such as Peschiera and Sirmione, while for the northern shore of the lake, it's only necessary to use one of the smaller state roads, the SS240.

Sightseeing highlights include the MART Gallery, the 14th century Castello di Rovereto fortress with its war museum, and the Marina Dolens Bell, otherwise known as the Campana dei Caduti, a symbol of peace and remembrance for the victims of the world wars. The top rated restaurant in Rovereto is Ristorante San Colombano and the recommended accommodation is the Hotel Leon d'Oro. A weekly market takes place in the city on Tuesday mornings.

The number of places to see around Rovereto are almost endless and offer a good deal of variation. Following the main road to the north you soon reach the city of Trento, the capital of the region, which has a beautiful medieval centre replete with the commanding Torre Civica and the grand Buonconsiglio Castle. Along that same route you also reach another castle, the Castel Beseno, which in turn is just a short distance from the colourful ski resort of Folgaria.

To the west of Rovereto lies Riva del Garda, one of the principal resorts on Lake Garda, while just a short distance away from the lake is another pretty town called Arco. Heading south of Rovereto is little Ala with its own medieval centre, while just a little further brings you to the Santuario Madonna della Corona: a visually stunning religious sanctuary which shares some characteristics with the Eremo di San Colombano which is just a couple of kilometres outside Rovereto city centre. 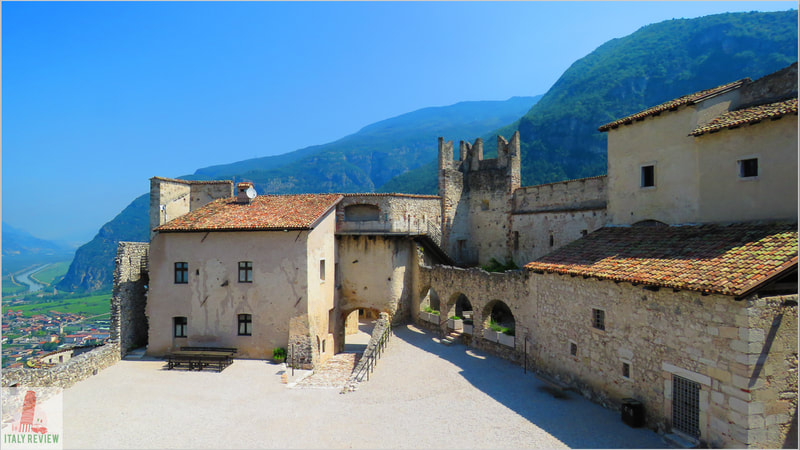 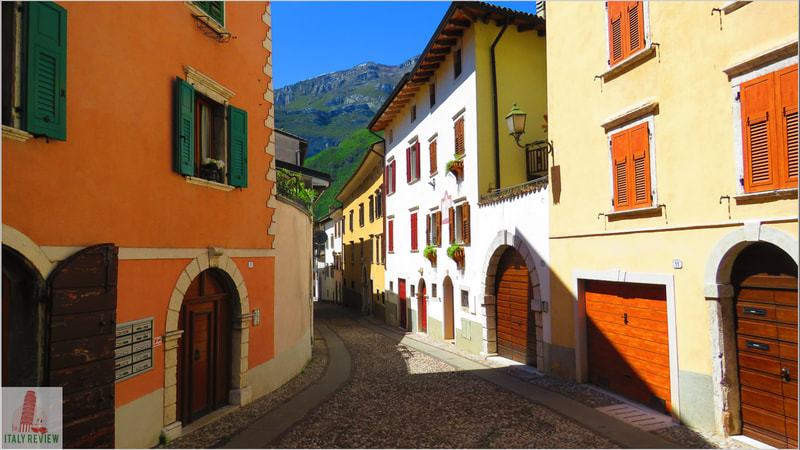 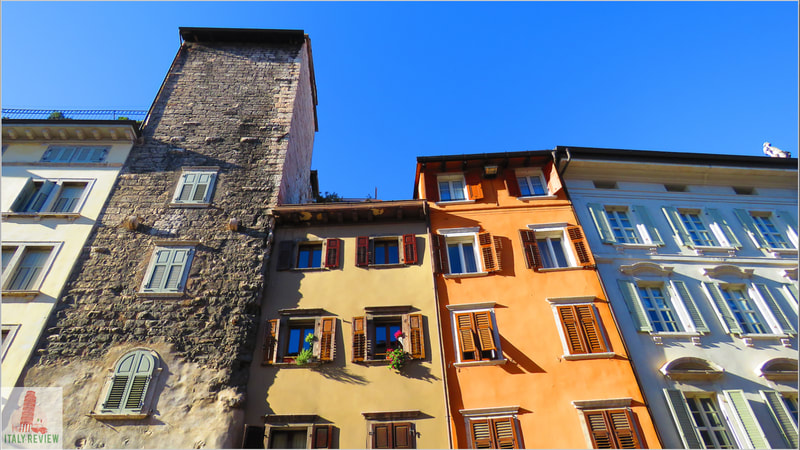 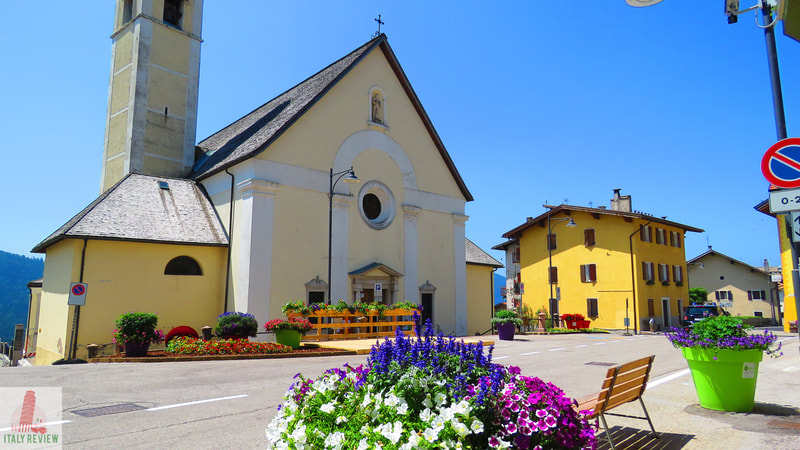 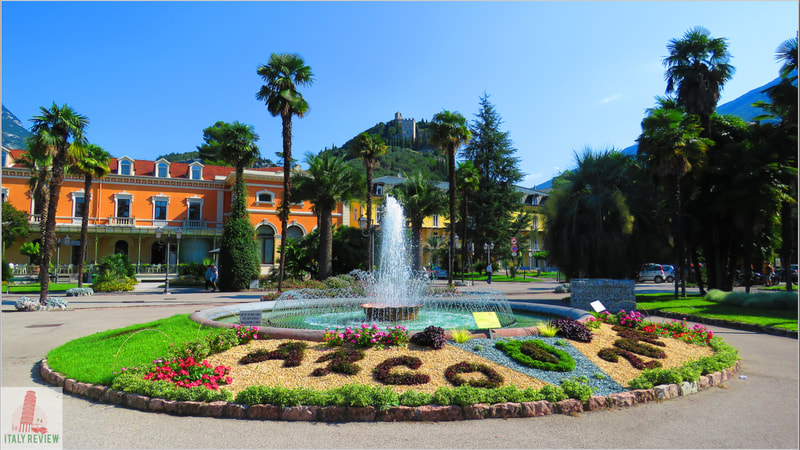 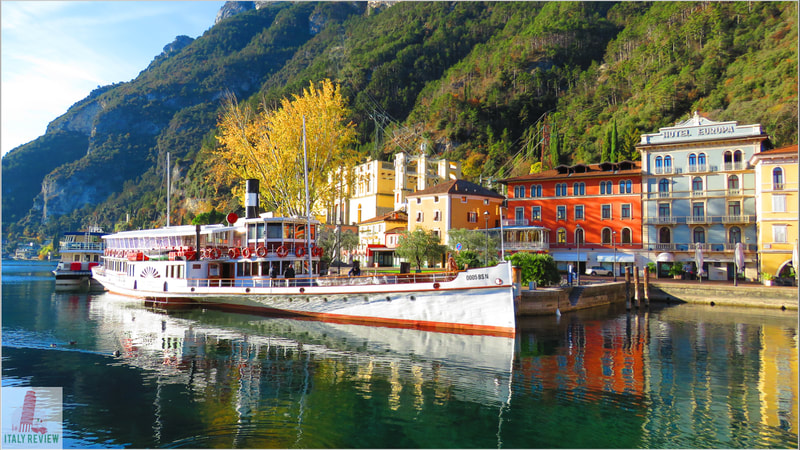