Related links
There were many towns that I agonised over leaving out and it's possible that after subsequent visits, this list will evolve with the order changing and new towns making an appearance. The purpose of this article though is to show that beyond the most famous resorts, there are some beautiful alternatives that visitors to Italy might not have previously known about or considered. ​

Campania's Amalfi Coast is one of the most dramatic landscapes in Italy and its signature town is Positano. Hundreds of pastel-coloured buildings cling for dear life on the cliffs that overlook the town's beaches, creating a mesmerising effect. ​ 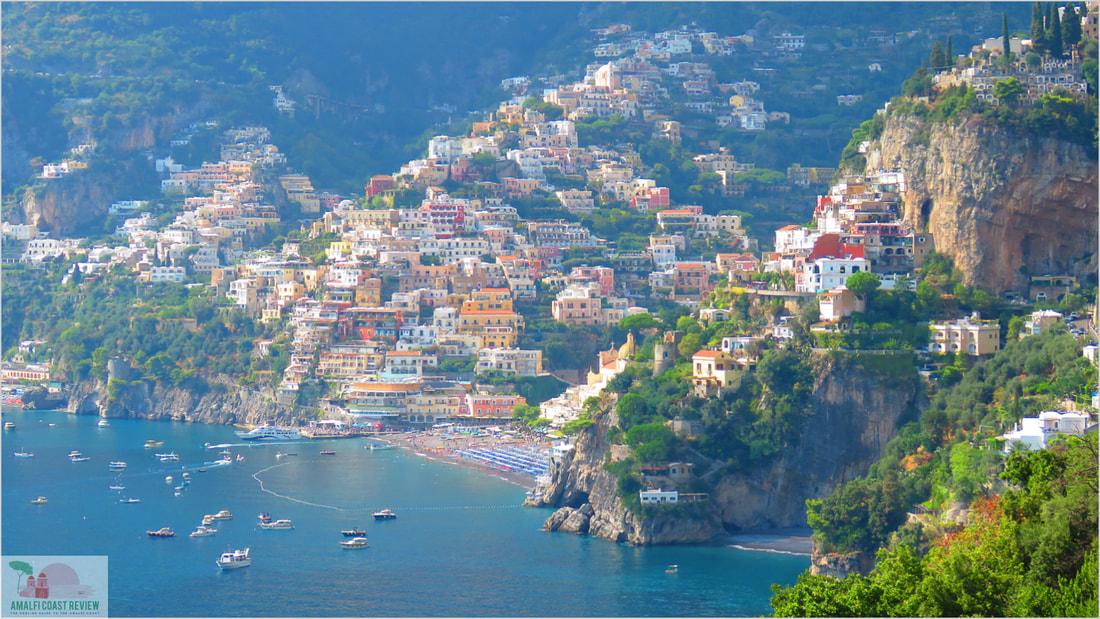 Positano, Amalfi Coast
Diminutive Positano sits in one of the most dramatic settings on the Amalfi Coast. Wedged in between steep cliffs, the town's colourful houses peer out on to its beaches like an amphitheatre's audience.

The town of Sorrento in Campania has a legion of devoted fans that once they've had the taste, keep coming back for more. This is a town that really knows how to look after tourists and they keep flocking back to enjoy the beach clubs and incredible views across the Bay of Naples or to be perfectly-positioned to visit Pompeii, the Amalfi Coast or the islands of Capri and Ischia. ​ 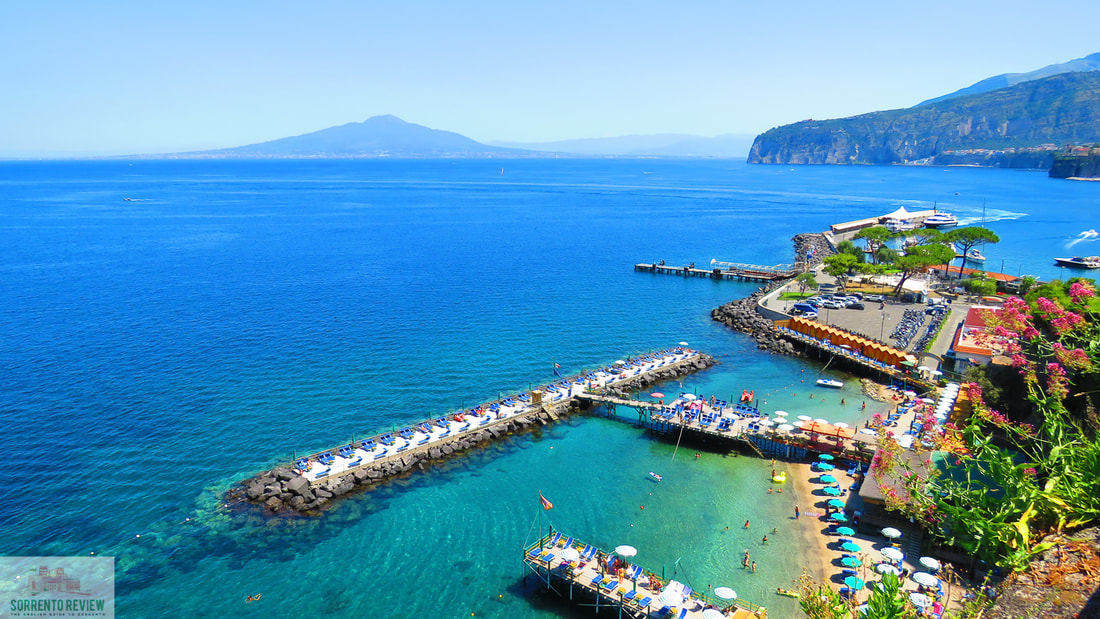 Sorrento, Campania
A huge favourite with British and American visitors in particular, the southern town of Sorrento gazes out on to the Gulf of Naples in the region of Campania and offers a multitude of options for excursions.

Amalfi is the second entrant from the Amalfi Coast which bears its name. A once might maritime republic, the town has dwindled in size over the years but what remains is a beautiful port area in front of a town centre boasting one of Italy's most beautiful cathedrals. ​ 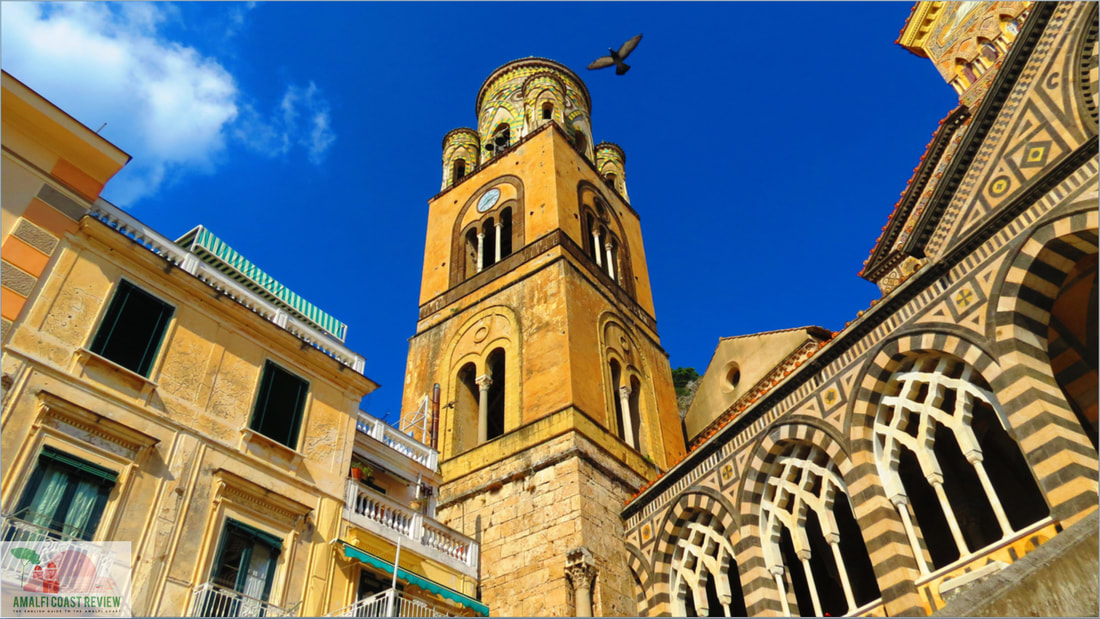 Amalfi, Campania
The once powerful maritime republic, Amalfi is the central town of the famous coastline named after it. The dramatic cliffside drive to reach the town is matched only by its stunning Cathedral and port area.

Puglia's second entry on the list comes from Polignano A Mare; from the Ponte di Polignano bridge that crosses into the town you can gaze down on to its iconic bay with crystal clear water; edged by dramatic cliffs. Combined with the white-washed buildings of its centro storico it's an obligatory stop on any serious itinerary of Puglia. ​ 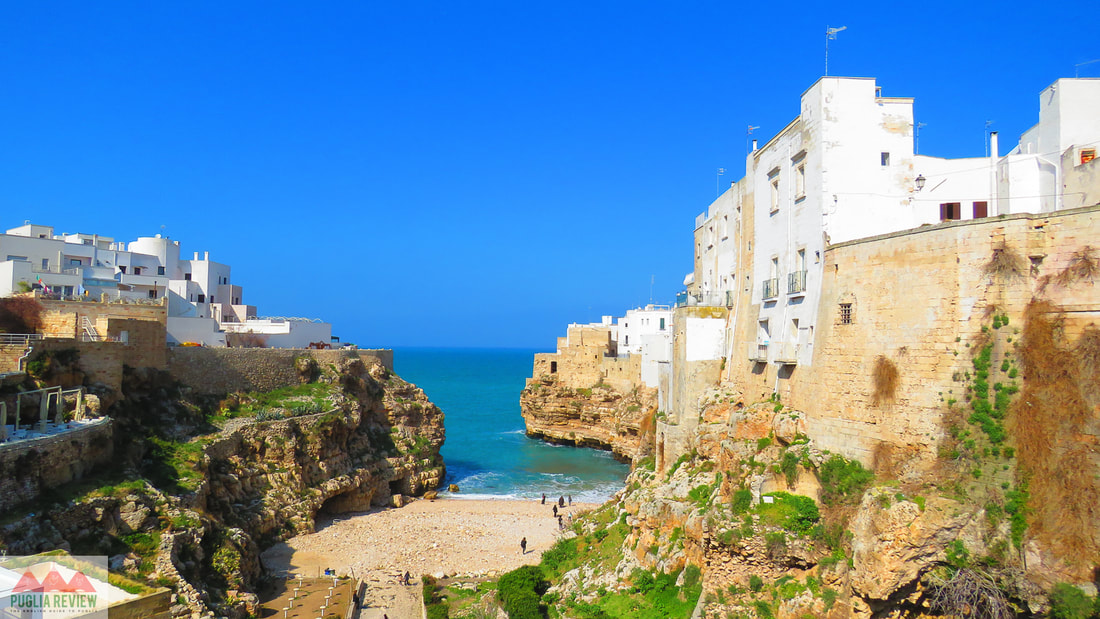 Polignano a Mare, Puglia
In what can only be described as one of southern Italy's prettiest locations, the town of Polignano a Mare is one of the gems of the Puglia region with its historic centre looking down on to gorgeous beaches.

The island of Sardinia is the second biggest in Italy, behind only Sicily. It's renowned for its stunning beaches and its first entry on this list comes from the north-western city of Alghero. Heavily-influenced by Catalan culture, Alghero offers a fascinating old town along with a marina and great beaches. ​ 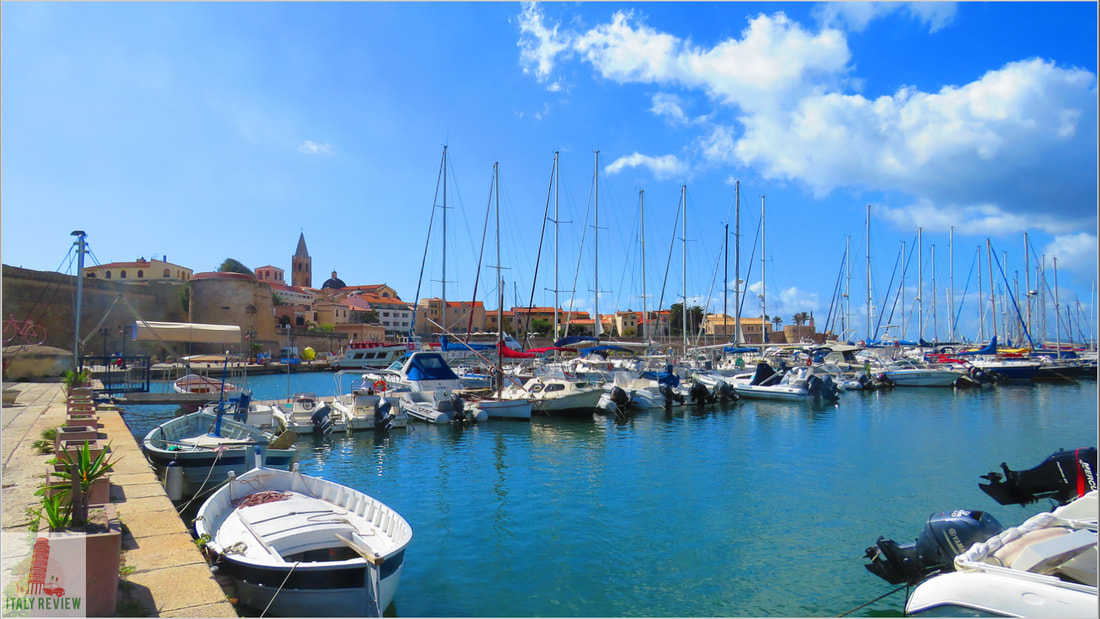 Alghero, Sardinia
Situated along the north-western coast of Sardinia, the city of Alghero has a distinctly Catalan flavour to it. Its combination of fishing port, fascinating historic centre and beaches make it a big hit with visitors.

​No Italian region accounts for more entries on this list than Liguria and the second entry will be familiar to many. Portofino has been welcoming VIPs and literary icons for a long time, all attracted to this tiny fishing village with its dramatic scenery and glamorous accommodation options. ​ 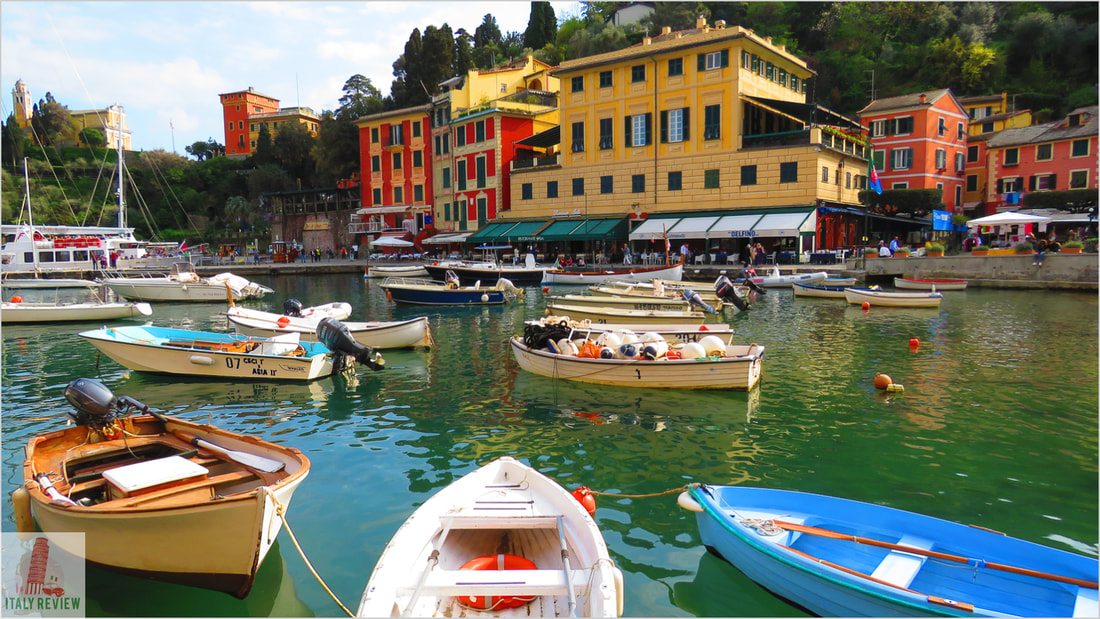 Portofino, Liguria
A seaside town to inspire song and poetry, Portofino in Liguria is simply one of the most glamorous locations in Italy. The main town of the Portofino Peninsula is dripping with charm and elegance.

The next entrant from Liguria on this list is the UNESCO World Heritage-listed town of Portovenere. It sits in a corner of the aptly-named Golfo dei Poeti (Gulf of Poets) and was once a favourite haunt of Lord Byron. ​ 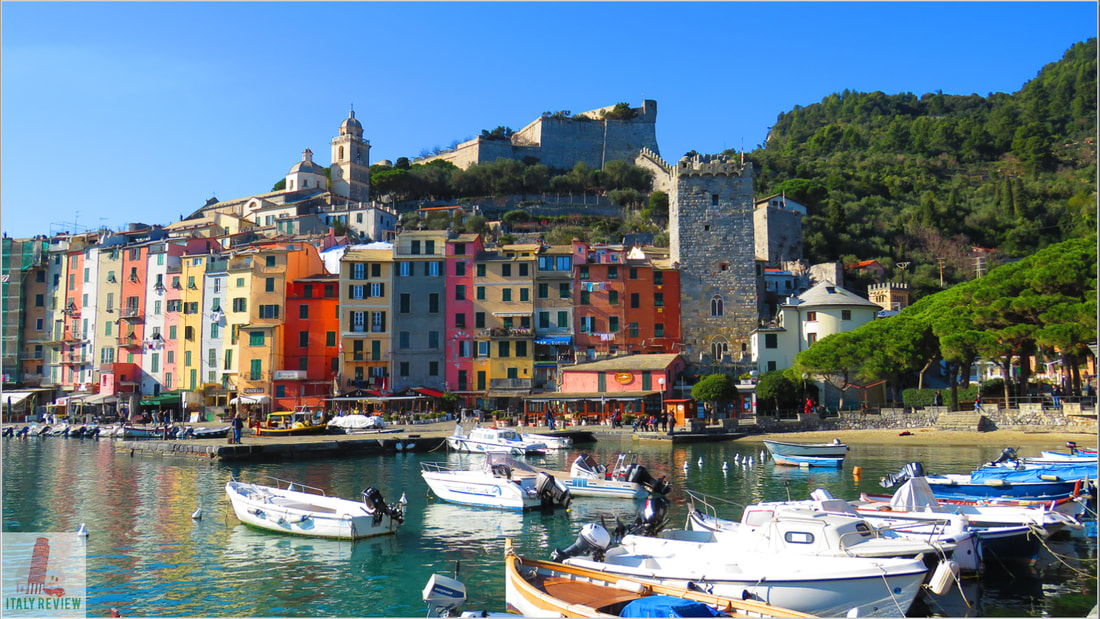 Portovenere, Liguria
Sitting at the south-western tip of the Golfo dei Poeti, Portovenere is a UNESCO World Heritage Site, a favourite of Lord Byron, with its colourful houses looking out on to a sparkling sea.

The southern region of Calabria is separated from Sicily by the Strait of Messina, the narrow body of water that can be seen from the seaside town of Scilla. A long stretch of beach ends in a cluster of brightly-painted houses while across the other side of the bay lies the charming fishing borgo of Chianalea. ​ 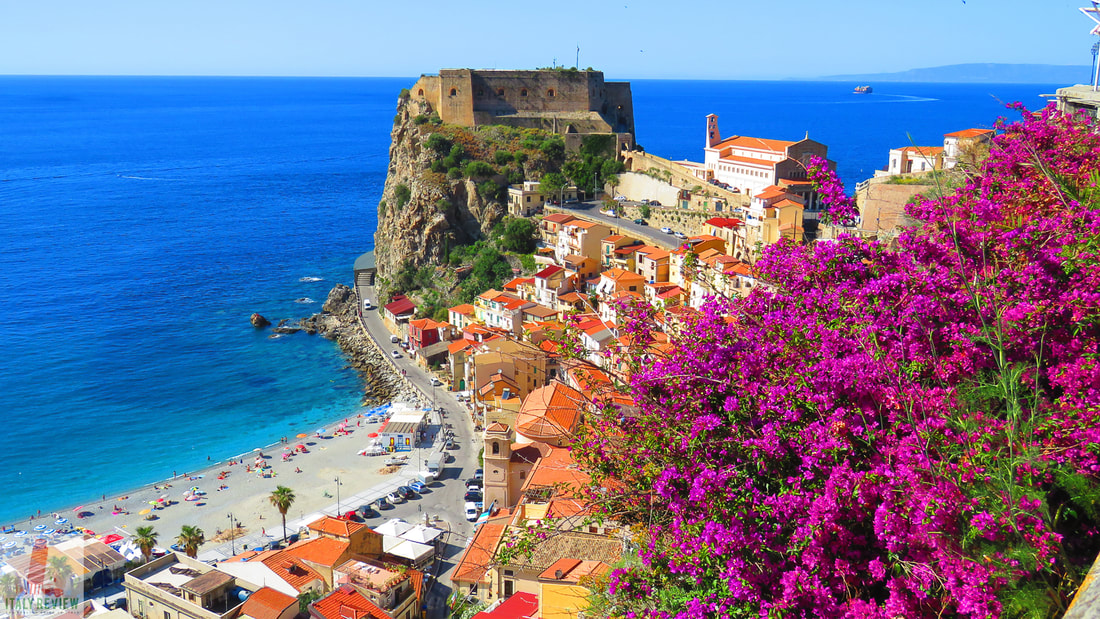 Scilla, Calabria
Calabria's Scilla offers a compelling cocktail of sandy/shingle beach with clear blue seas. From its historic centre you can gaze across he Messina Strait to Sicily or explore its fascinating fishing village of Chianalea.

​Another Ligurian town comes next, a city in fact. Sanremo is the quintessential Italian Riviera seaside resort made famous by its casino but also an important centre for the flower industry and home of the annual Sanremo Festival, a hugely-popular nationwide TV spectacle. ​ 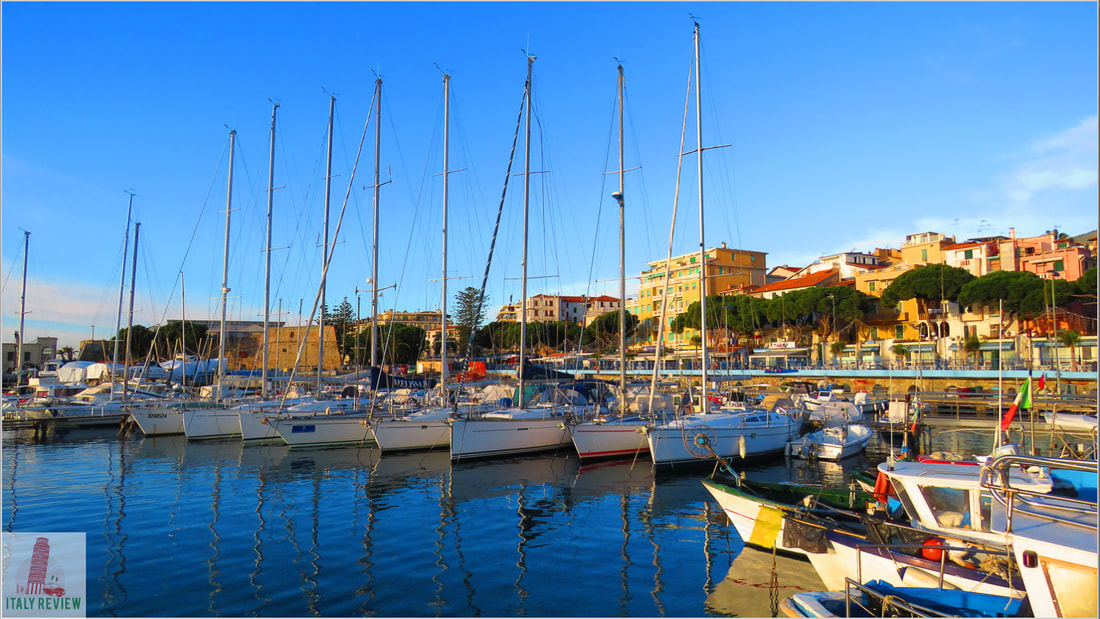 Sanremo, Liguria
Sanremo is the archetypal Italian Riviera seaside resort. It's situated in the north-western region of Liguria and is famous not only for its Casino but also its flowers and prestigious music festival.

Rimini would probably win the award for largest seaside resort in Italy and there are many aspects to this provincial capital in Emilia Romagna. Its historic centre is replete with Roman monuments but its best-known for its beaches and raucous nightlife. ​ 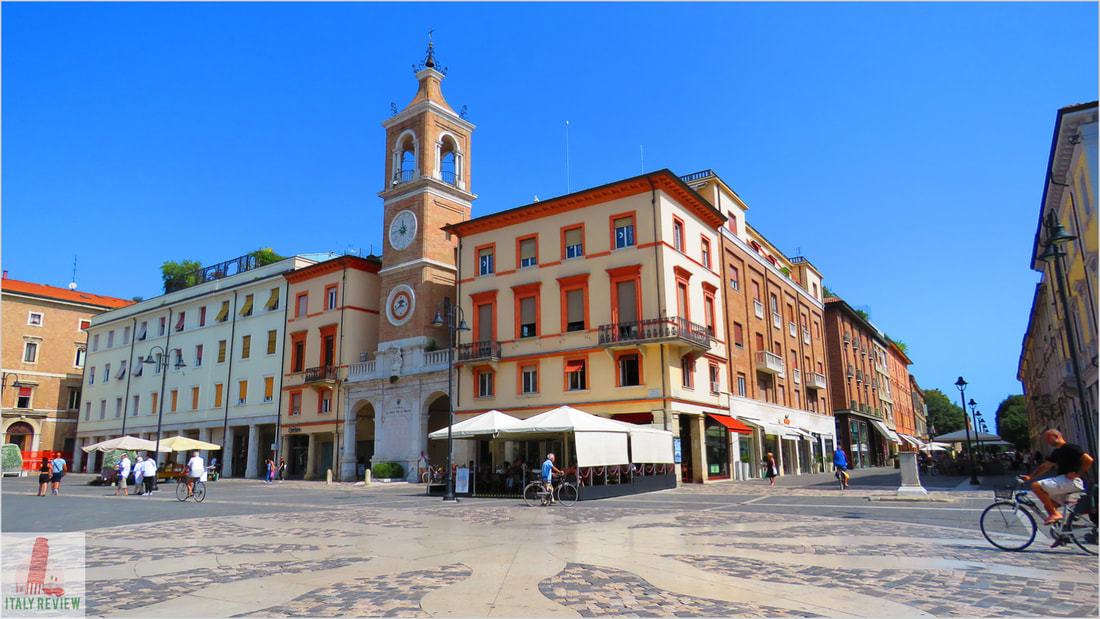 Rimini, Emilia Romagna
Dating back to Roman times, the huge seaside resort of Rimini is home to some fascinating monuments from antiquity such as a Roman arch and stone bridge, but its expansive beaches are the big drawcard.