​It's on the Adriatic Coast that most of Puglia's bigger cities lie, including its capital: Bari. One of the most important port cities in Italy, Bari is the maritime departure point for crossings to the Balkan countries of Croatia and Albania, or further south to Greece. Bari Vecchia, the old town, is a tantalising web of narrow streets housing its most famous sight, the Basilica di San Nicola.

South of Bari is another port, one that's been an important trade-post since Roman times when it was called Brundisium. Modern-day Brindisi now sees ferries cross to and from Greece and is also known as the southernmost point along the Appian Way, the Via Appia which led all the way to Rome in Ancient times.

For many people, the most beautiful city in Puglia is Lecce. It stands at the heart of the southern section of Puglia, an area known as the Salento. Lecce is famed for its Baroque architecture and historic sights which include a Roman Amphitheatre and the beautiful Basilica di Santa Croce, while its main square, Piazza del Duomo, is considered among the finest in Italy.

The Salento is a firm favourite among holidaymakers, not only because of beautiful Lecce, but for its multitude of beaches where the water dazzles in shades of blue and turquoise. Its main seaside towns include Gallipoli on the Ionian coast, and Otranto on the opposing Adriatic, while smaller towns such as Castro and Santa Maria al Bagno are just two of many that merit exploration. Using any of Lecce, Gallipoli or Otranto as a base, you can take one of the most scenic drives in Italy exploring the towns and beaches of the Salento's coastal roads.

Further north, in the Province of Foggia, the Gargano Peninsula is one of Italy's national parks but also one of its main tourist destinations, offering a beautiful coastline and a range of seaside towns. Most eye-catching among these is Vieste with its charming promontory, flanked by expansive beaches of golden sand on either side. Rodi Garganico and Peschici represent two nearby alternative seaside towns as well as a route across to the Tremiti Islands. Consisting of four tiny islands, the Tremitis are a favourite destination for Italians who are attracted by their crystalline waters. perfect for cooling down in the hot summers.

There are six provinces in Puglia, one of which is an amalgam of three cities: Barletta-Andria-Trani. The first of those, Barletta, is a coastal town full of history with a large Swabian castle (Castello Svevo) and one of the finest cathedrals in Puglia. The city of Andria is less-heralded but enjoys close proximity to the intriguing Castel del Monte, a UNESCO World Heritage Site. The third city, Trani, is a beautiful fishing port with its own famous cathedral and one of the most picturesque locations in the region.

​South of Trani, a clutch of smaller fishing villages arrive one after the other: Bisceglie, Molfetta and Giovinazzo, each one a postcard image of Puglia where little fishing vessels glide above colourful seas. Continue south, past Bari and you find another of Puglia's favourite seaside towns: Polignano a Mare. The town's characteristic centro storico (historic centre) combined with its tiny bay where the water glows blue, make it one of the must-see locations in the region.

Away from the seaside and coastal areas, another UNESCO site and one that uniquely captures the essence of Puglia, is Alberobello. In an area known as the Valle d'Itria, Alberobello is the main town and the focus of its charming Trulli houses. The Trulli can be seen throughout the immediate area but not in quite the dramatic way as in Alberobello which also offers the possibility of accommodation in the traditional homes.

Another firm inland favourite is the hill town of Ostuni. Situated in the Province of Brindisi, it's known as the White City, Città Bianca in Italian. The attractive white-washed streets and houses of the town offer a glimpse of life in Puglia back to its Greek roots when it was one of the most important regions of the wider, Magna Graecia, which also included neighbouring Basilicata and the other southern regions, Calabria, Campania and Sicily.

​Puglia welcomes visitors with two international airports: Bari Karol Wojtyla Airport serves the capital, while the best option for those heading south is the Brindisi Salento Airport. One of the best ways to explore Puglia is by renting a car, or indeed brining your own, which allows you the freedom of reaching some of the smaller towns and beaches of the Salento and the Gargano Peninsula for example. Trains and buses do also run but are more efficient in and around the larger cities.

Things  to  see  in  Puglia 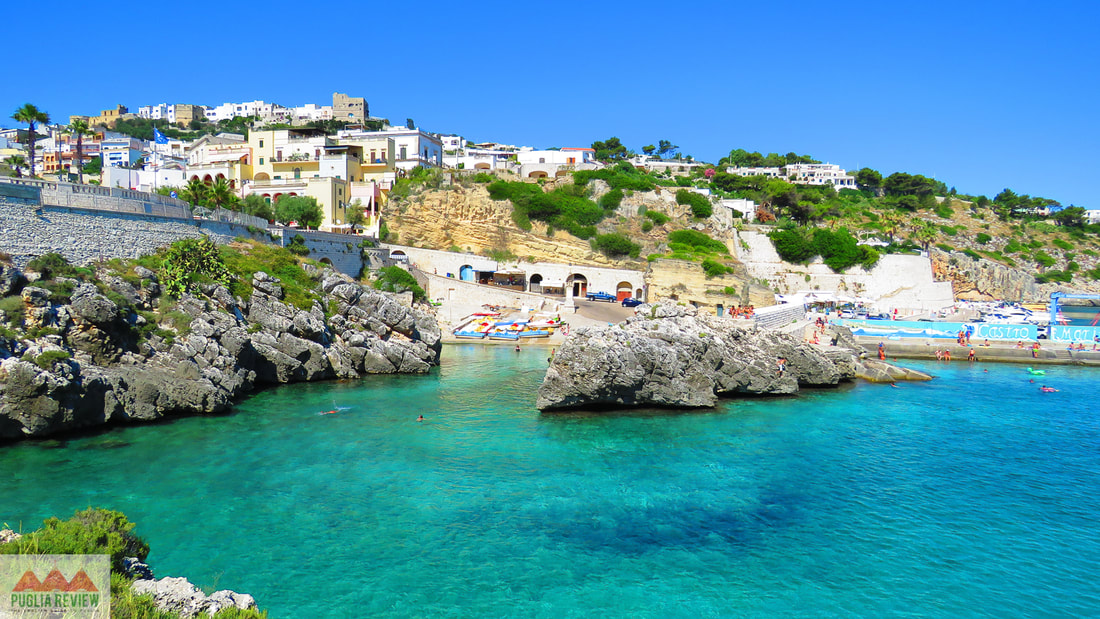