Although it should be remembered that Mussolini wasn't himself an architect, at least not in any qualified capacity, much of the building work that was carried out during his reign was at his behest with the designs quite often changed if he didn't like them.

Mussolini's reign is rightly viewed as a retrospective disaster for Italy; his doctrines fundamentally flawed and often cruel. His alliance with Adolf Hitler and the German Nazi party was a calamitous move and eventually steered the country towards disaster.

So of course it's always with a heavy heart the one can offer any positive comment about Mussolini's reign but there were some things that worked. Whilst he was in power he showed great energy and a desire to make the country one of the major world powers; his control of the media saw him exercise his powers to nefarious ends towards the final years of his reign but there was much to be admired about some of his earlier policies.

Putting aside those political aspects of Mussolini's rule, we can look at the architectural legacy of his tenure and find a mixture of aesthetic beauty, a reintroduction of the Roman sense of virtus (an all-encompassing phrase which is a combination of strength, manliness, courage and pride), as well as some buildings that may now be considered ugly or representative of a period of austerity. The architecture of the Italian Fascist period does nothing if not divide opinion.
EUR (Rome)

The oddly-named and horrible-sounding EUR, (it sounds almost like an expression of disgust to the English ear when pronounced in Italian), was one of Mussolini's pet projects and the perfect starting point for the study of Italian Fascist architecture.

The acronym EUR stands for Esposizione Universale Roma which relates to the planned 1942 World Fair which Mussolini had earmarked as the perfect platform from which to celebrate the 20th anniversary of his rule. The unfolding events of World War Two saw to it that the event itself never took place but the project lived on beyond Mussolini and was completed in time for the 1960 Olympic Games in Rome.

If your curiosity is piqued by the architecture of the Italian Fascist period then this is the place to satisfy that curiosity. EUR is now a living, breathing district a short distance to the south of Rome city centre to which it's connected via the Metro system. It's that curious mix of a futuristic city built in the past, often resembling the type of dystopia brought to the silver screen in films such as Fahrenheit 451 (1966).

It has however stood the test of time and provides a workplace to many people, even starting to develop along new lines with the construction of The Cloud in 2016, one of the most spectacular modern buildings in Italy designed by star architect Massimiliano Fuksas.

Aside from The Cloud which clearly belongs to a different era, the EUR district is built upon a determined set of architectural principles with simplicity, clean lines and dazzling white marble omnipresent. Perhaps the most beautiful building in EUR is the Palazzo della Civiltà Italian which, if you run a quick Google search on Italian Fascist architecture, will be the one you find the most.

The whole of the EUR district has a certain eeriness to it and can feel a little cold or discomforting at times but it is quite fascinating to explore. Other major buildings include the Palazzo dei Congressi and one of the most unusual churches in the country: the Basilica sei Santi Pietro e Paolo. 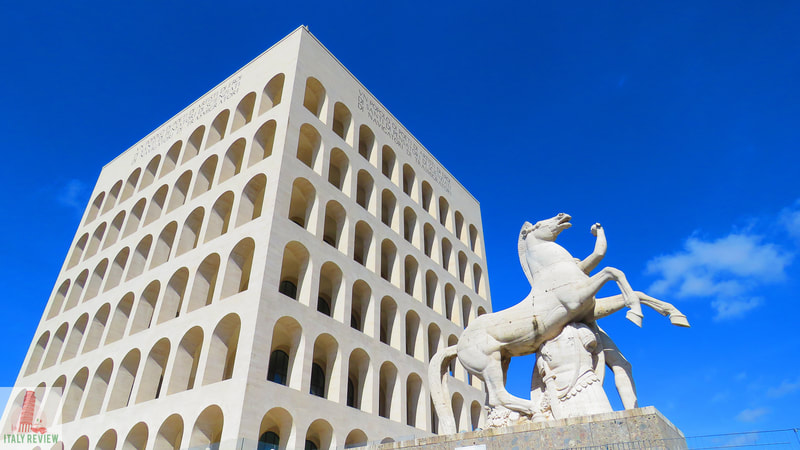 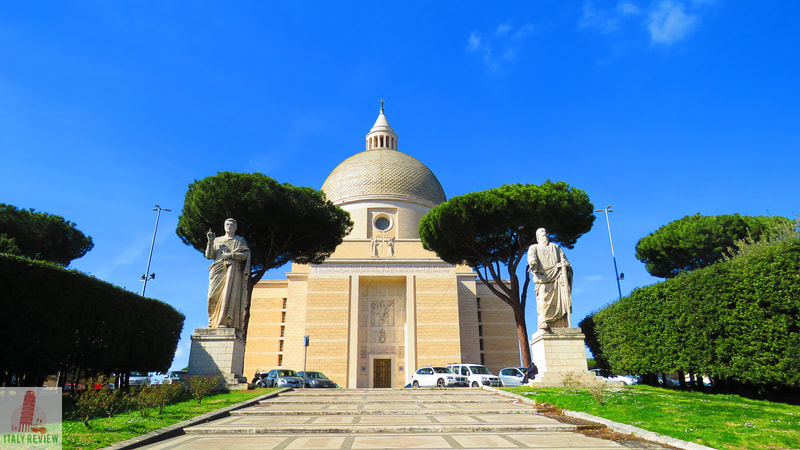 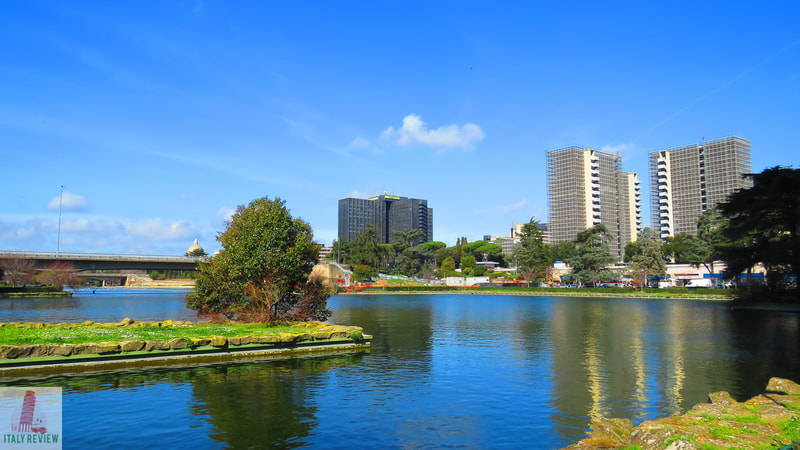 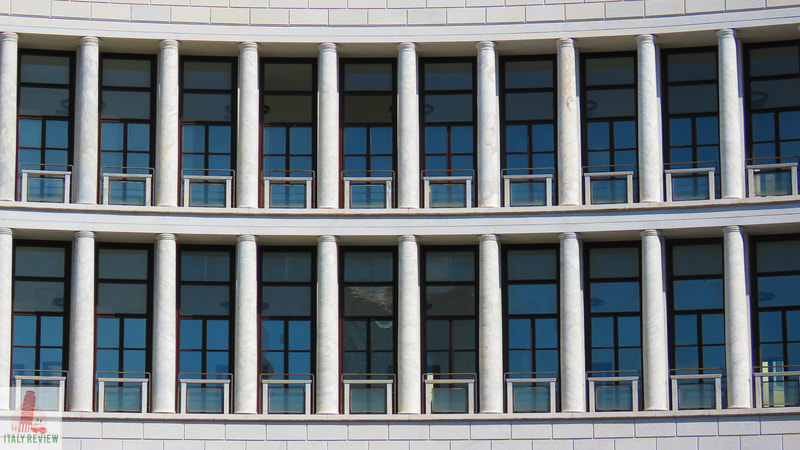 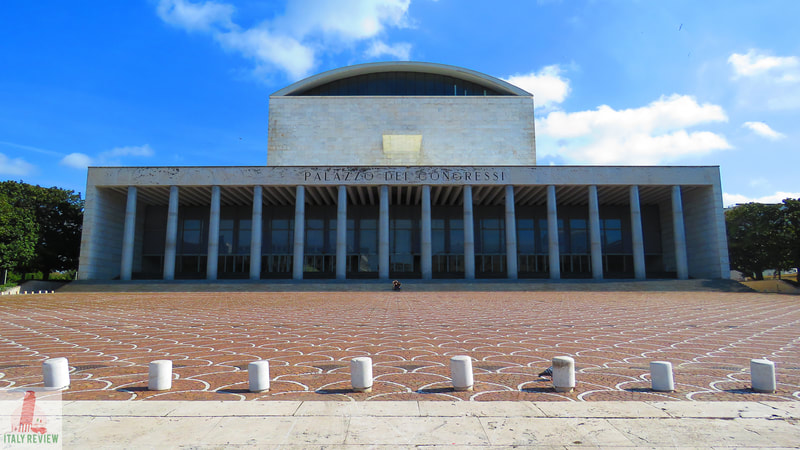 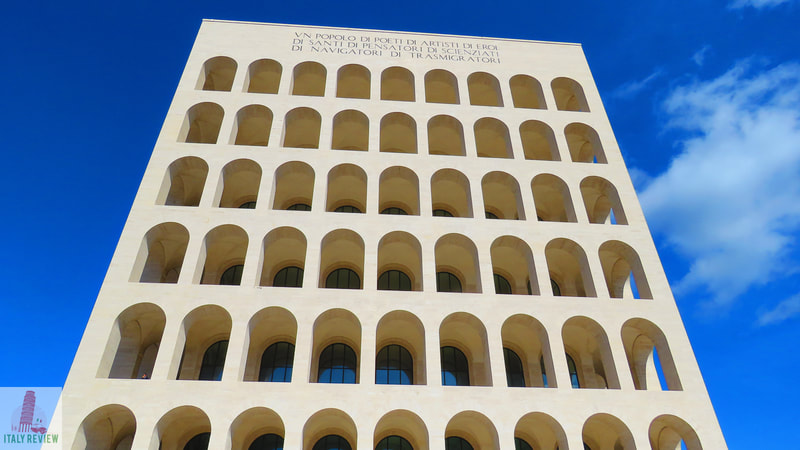 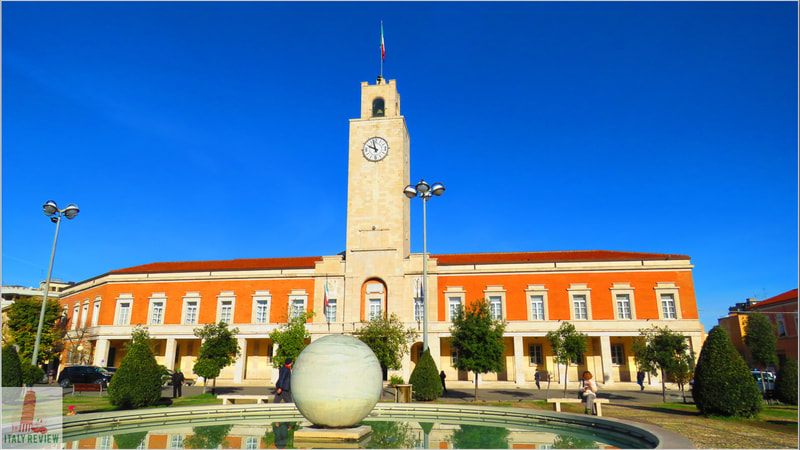 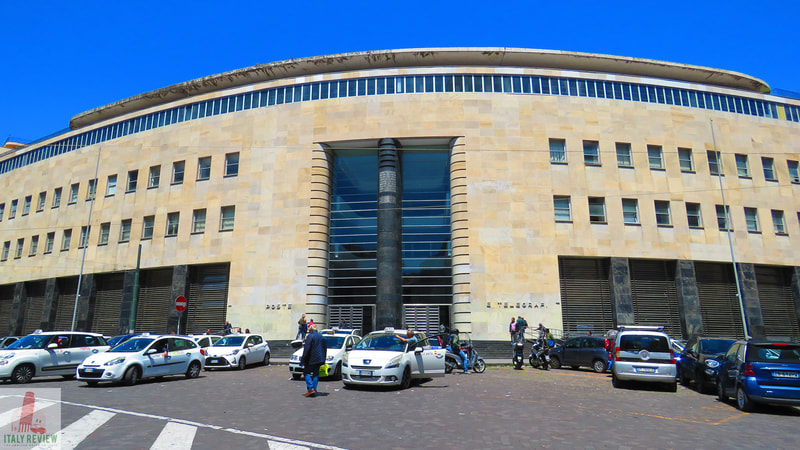 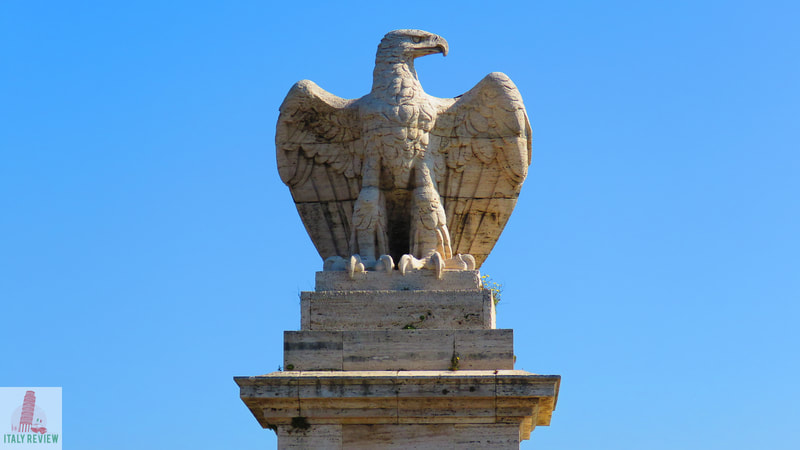 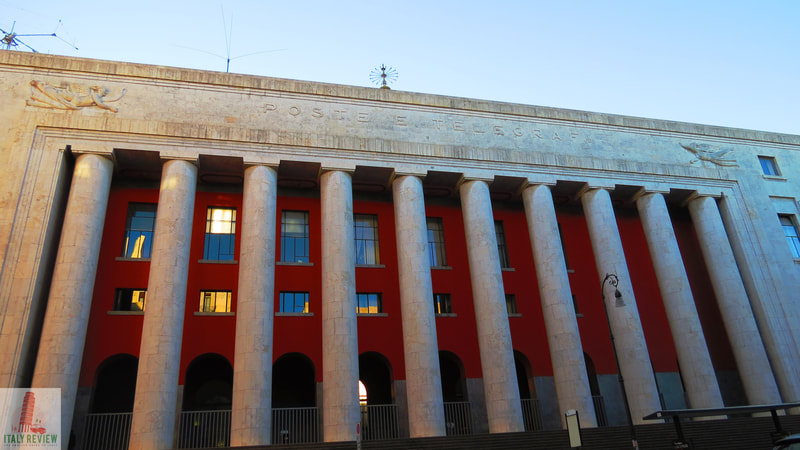 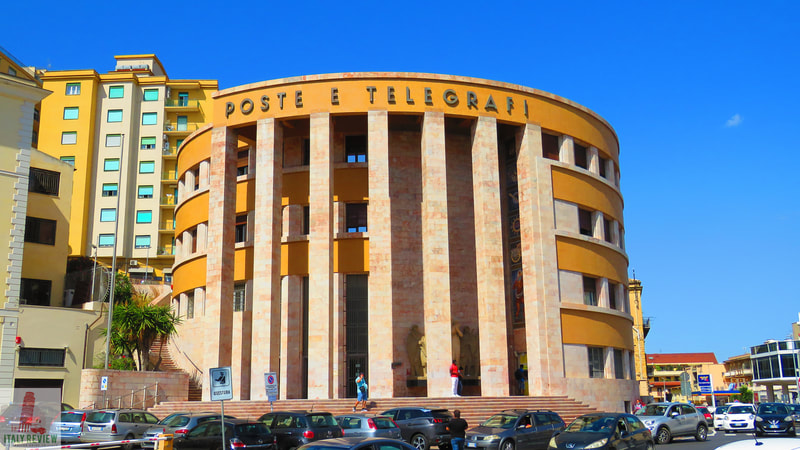 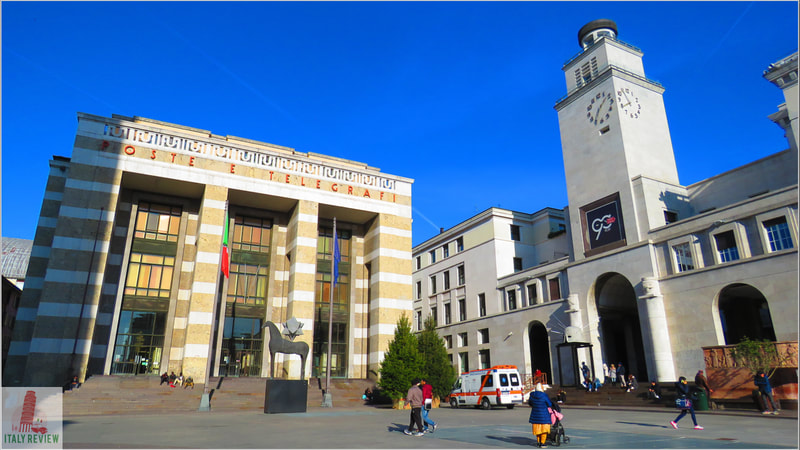 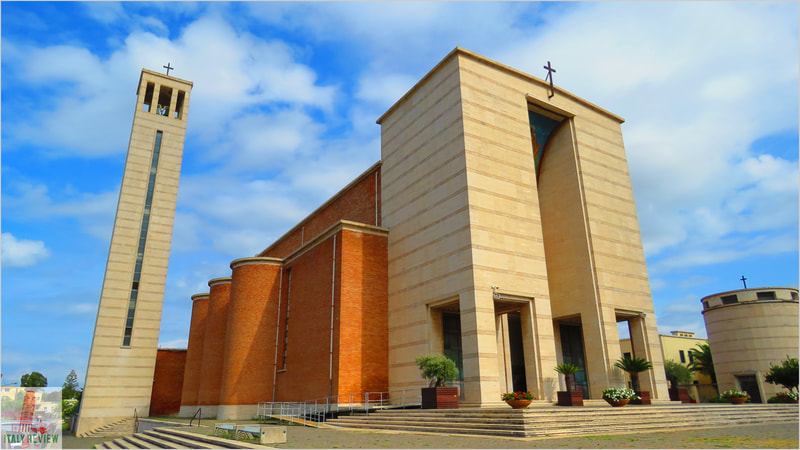 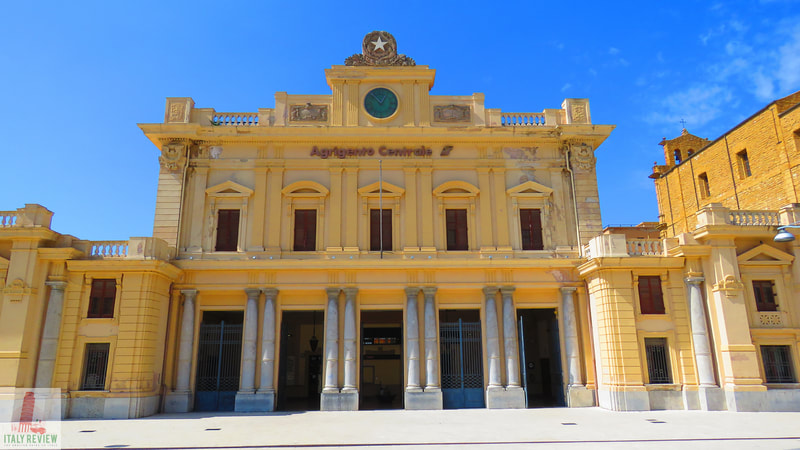