Giovinazzo is one of a series of attractive fishing villages on the stretch of coastline south of the larger fishing town of Trani and eventually leading to Bari, the capital of Puglia. The charming centro storico is beautifully-appointed with a clutch of historic monuments wrapped around a harbour of bright blue sea, sprinkled with traditional fishing vessels.

The main monuments are the Co-cathedral of Santa Maria Assunta which embodies the Puglian Romanesque architectural style, seen frequently throughout this part of the region. The Co-cathedral lies next to the Ducal Palace in the tight tangle of streets to the east of the harbour; this fascinating part of the town is where you'll find the oldest buildings which are enveloped by a seafront promenade that it's possible to walk all the way around.

Walking around the promenade you duck in and out of narrow streets, with the area to the right of the harbour navigated via an elevated section of the walkway called Via Marina. This area of the harbour is a defensive wall that leads up to a circular tower which marks the centre of the village. This is a favourite place to stop for a bite to eat and watch the meandering events unfold in the little harbour where fishermen attend to such tasks as untangling or mending their nets. It's possible to walk around each side of the port with the elevated section of walkway providing some of the best photo opportunities, above the azure water.

Whilst it's the pretty harbour and the fascinating centro storico that provide most interest in the village, a third area offers something slightly different. Just behind the harbour is the more open environment of the wedge-shaped Piazza Vittorio Emanuele II which is dominated on one side by the large Chiesa di San Domenico. On the opposite side of the Piazza to the church are a series of apartments whose balconies create a sense of elegance. Another feature of those apartments and indeed of most of the residential buildings in the town is that the wooden shutters are all painted in similar shades of green and turquoise, just one of Giovinazzo's many charming aspects.

​The area around Giovinazzo offers a nice balance between similarly-sized fishing villages, historic towns of the hinterland and the major city of Bari which lies 20 kilometres to the south-east. Heading in the opposite direction, north east along the coast from Giovinazzo brings you first to the fishing village of Molfetta with its series of historic churches, followed by another colourful fishing village of Bisceglie. After Bisceglie there's the slightly larger Trani which is one of the most popular destinations in the whole region of Puglia.

​Heading inland, directly south of Giovinazzo and easy to access along the main road is the historic town of Bitonto which in turn leads to a similar historic town: Ruvo di Puglia. The westbound road from Bitonto to Ruvo continues to reach the UNESCO World Heritage Site of Castel del Monte, a 45 minute drive of Giovinazzo and on the fringes of the Alta Murgia National Park. 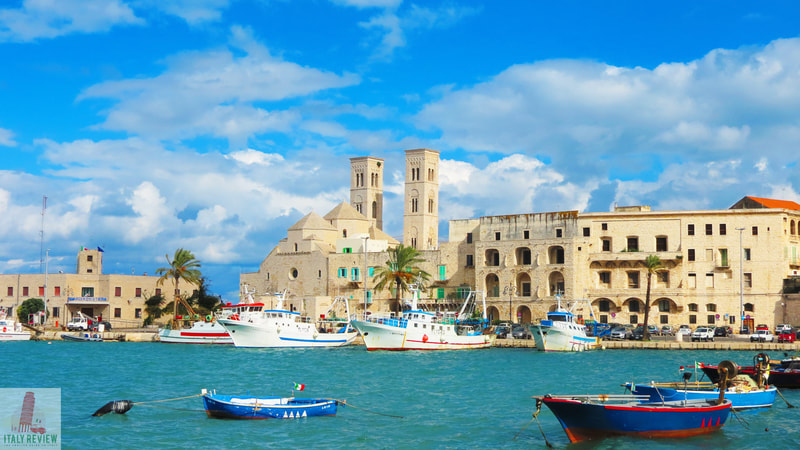 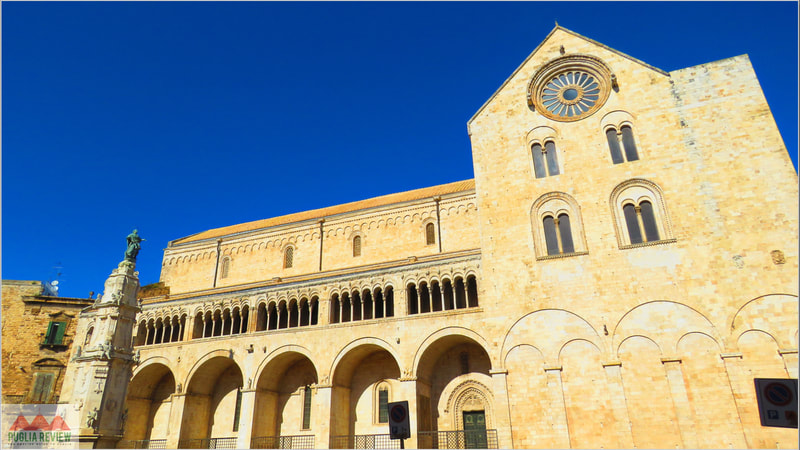 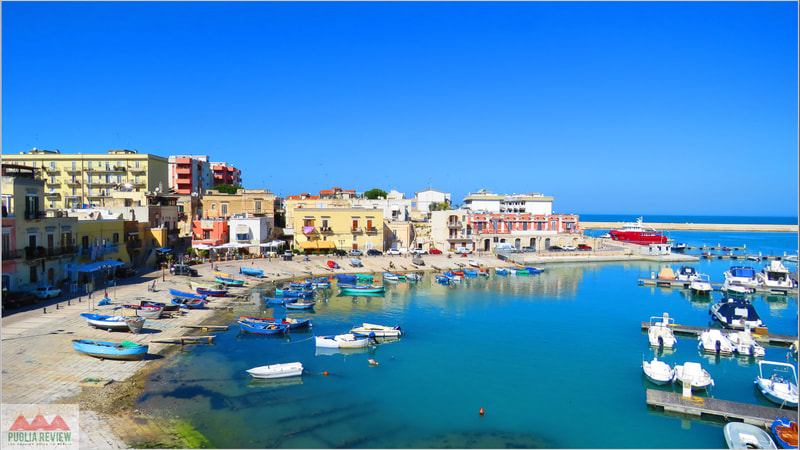 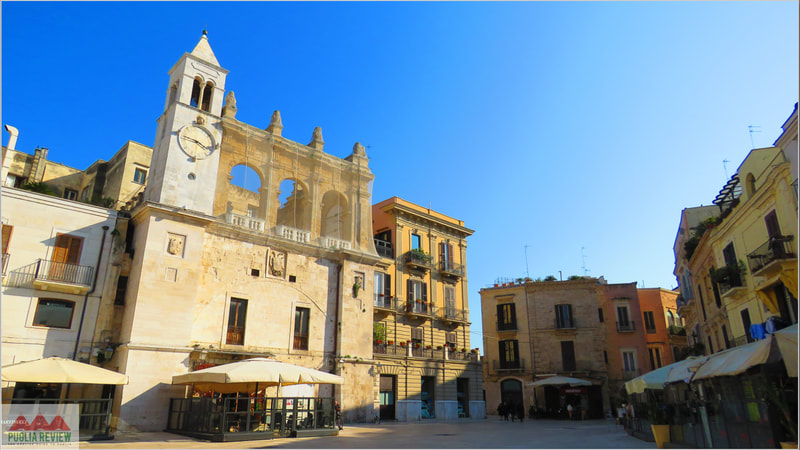 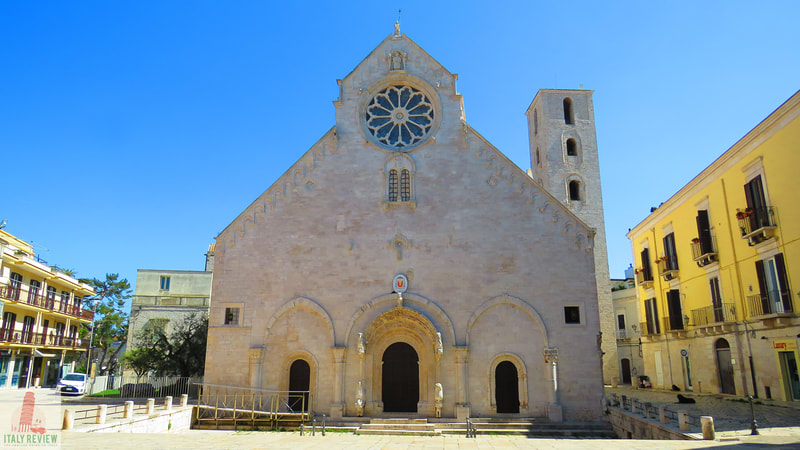 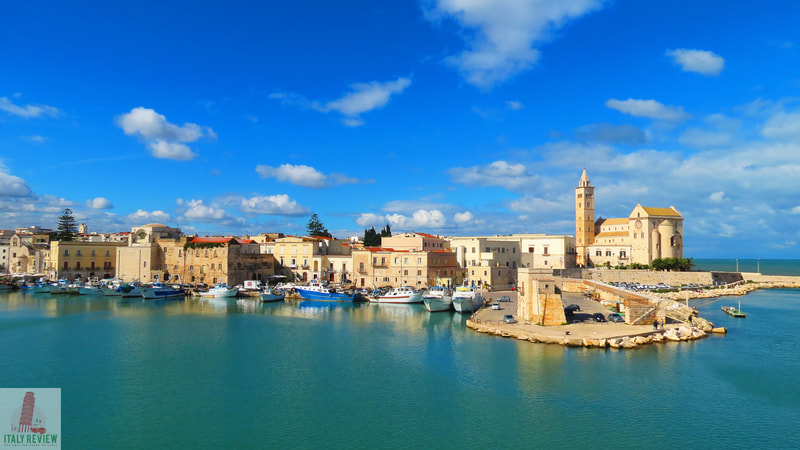