Milan's title as Fashion Capital is reinforced by being the home to such names as Armani, Prada and Versace, just three of the stellar names who have shops within Milan's famous Quadrilatero della Moda. Otherwise known as the Quad d'Oro, the streets around Via Montenapoleone are the place to be seen for every fashionista and indeed, for any fashion house that takes itself seriously.

In terms of sightseeing, the first place to start in Milan is on Piazza del Duomo. The biggest, busiest square in the city, it is of course home to the Duomo, Milan Cathedral with its incredible gothic facade and cavernous interior setting it apart from any of its rivals. You can also climb to the Cathedral's roof and walk around freely, enjoying the outstanding views from every angle. Look down from the Cathedral and to the right of the Piazza is the Galleria Vittorio Emanuele II. Built in 1865, it's Italy's oldest shopping centre but still unquestionably the most beautiful, with its iron and glass roof and polished floors leading to upscale boutiques.

Across the square from the Galleria are some of Milan's best museums, while walking in the opposite direction, you shortly reach the famous Teatro all Scala, the grand old theatre that has its own museum and a fascinating history. The city's other major museums and art galleries include the Pinacoteca di Brera, the Pinacoteca Ambrosiana and the National Museum of Science and Technology, within which you can find much of Da Vinci's work and experiments.

​At the north-western edge of the city centre lies the huge Parco Sempione, home to a number of museums and monuments including the Arco della Pace, one of the iconic symbols of Milan. However, of even greater interest at the opposite end of the park is the magnificent Sforza Castle with its own collection of museums and galleries.

There is in fact a great deal to explore beyond the confines of the city centre. The area known as the Navigli consists of a series of canals, the most important of which are Naviglio Pavese and Naviglio Grande, around which you'll find some of the city's most vibrant night life.

​To the north of the city centre, Milan's Cimitero Monumentale is worth the extra effort and time it takes to visit and the same can be said of the historic Chiaravalle Abbey which lies in the city's southern suburbs. Around the city centre, aside from Milan Cathedral, the most important religious buildings are the Basilica di Sant'Ambrogio and the Chiesa di Santa Maria delle Grazie, home of Da Vinci's Last Supper and requiring advanced booking for visits.

Milan is one of the most important travel hubs in Italy which means not only is it easy to get to, it's also easy to get around. The first thing you notice as you walk around the city are its beautiful old trams which represent just one method of reaching the sights, while even more popular is the city's excellent underground Metro system. Milan can also boast three international airports; the closest is Milan Linate just 12 kilometres from the city centre, while Milan Malpensa (50 km) and Bergamo Orio al Serio (60 km) are both a little further out.

​There is so much more to Milan than the few sights listed above; keep an eye out for the quirky Bosco Verticale which lies close to the uber-modern Porta Garibaldi train station. Arriving by train in the city you're more likely to pass through Milano Centrale whose design was heavily influenced by Mussolini and is a sight worth visiting even if you're not taking the train.

Last but not least, Milan is home of the humble panettone. The traditional Christmas cake originates here and its production is carefully overseen by craftsmen with generations of skill and tradition. Much as with good wines, you can pay a lot of money for a good panettone from Milan or just content yourself with some of the less grandiose fare on offer at the city's supermarkets.

​​The modern name of the city derives from its original title, Mediolanum which roughly translates as "Middle of the Plain". In recent times, the ancient name has had new life breathed into it by a Milanese bank and their heavy, and it has to be said, annoying, advertising campaign.

Mediolanum was founded between 600 and 400 BC by a tribe of Gauls known as the Insubres. The Gauls gave way to the Romans in 222 BC and the city gradually grew in stature, eventually becoming capital of the Western Roman Empire in 286 AD before relinquishing that title to Ravenna in 402 . During this period, the Roman Empire Constantine issued the hugely important Edict of Milan which saw Christianity officially adopted as the official religion of the Empire.

​After the collapse of the Western Roman Empire, control of Milan switched to the Goths who sacked the city in 539, before the Lombards who conquered the city in 569 AD and subsequent Franks (774 AD), eventually gave way to Frederick Barbarossa's Holy Roman Empire in 1162. During the later medieval period Milan was ruled by two powerful families: first the Visconti family who oversaw the construction of the Cathedral in 1386, and then the Sforza family whose name adorns the city centre castle.

​In a period of expansion during the Renaissance, Ludovico Sforza hired Leonardo Da Vinci for a series of projects including the design and construction of war machines to defend against rival city states. It was during this time that he painted the Last Supper, a fresco at Santa Maria delle Grazie which is a UNESCO World Heritage Site and one of the city's greatest attractions in modern times.

A 200 year period of Spanish rule preceded a slightly shorter term under Austrian stewardship, with both eras leaving an indelible imprint on the city landscape and greatly influencing its architectural styles. Milan eventually joined the nascent Kingdom of Italy in 1861, to which it has belonged ever since. World War Two had a heavy influence on the city; Allied bombing raids destroyed much of the city centre, and it was in Milan that former dictator Benito Mussolini was strung up in Piazzale Loreto in 1945.

In modern times, media mogul Silvio Berlusconi has been instrumental in the city's political and cultural scene. He served three terms as Prime Minister and also owned the successful AC Milan football team, rivals to Internazionale (commonly known as Inter or Inter Milan), who play at the city's same stadium: the San Siro. 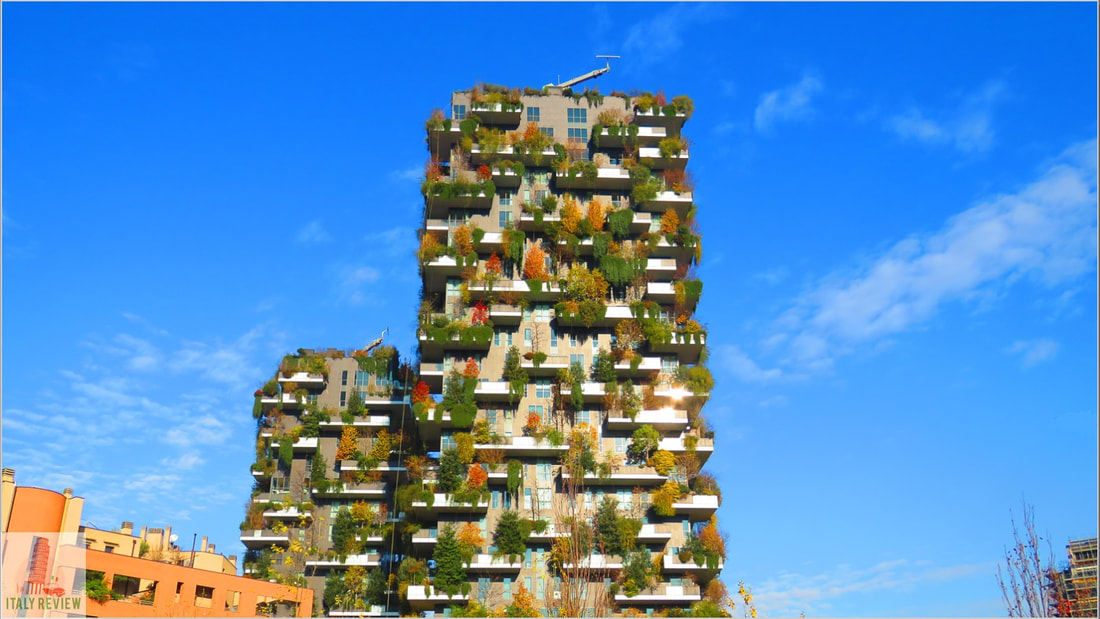