​The word Tuscany comes from its first civilised settlers: the Etruscans, who settled the region as far back as the 8th century BC in an area known as Etruria. These days, the borders of the modern region of Tuscany are quite different; it occupies a position on Italy's west coast on the Ligurian Sea, just south of Liguria itself and north of Lazio, the region of which Rome is the capital. Tuscany's hinterland borders three further regions: Emilia Romagna to the north east, Umbria and Marche to the east.

As with each of Italy's twenty regions, (with the exception of Valle d'Aosta), Tuscany is divided up into a series of provinces which take the name of their most important city. The province of Florence was recently renamed the Metropolitan City of Florence but its geographical area remained largely unchanged. Florence the city needs little introduction; an open-air museum of renaissance design and town-planning of quite exquisite charm. Headline sights in Florence include the Cathedral with its distinctive dome designed by the architect Brunelleschi, the Ponte Vecchio bridge which traverses the River Arno and the Statue of David in the Galleria dell'Accademia.

​Never far from tourist's plans is the city of Pisa, primarily because of its Torre Pendente (Leaning Tower), but visitors always come away equally-impressed by the magnificent Piazza dei Miracoli which it shares with the Cathedral and Baptistery, something for which it is recognised by UNESCO as a World Heritage Site. Vying with Pisa and Florence for attention in Tuscany is the beautiful city of Siena. Its Piazza del Campo is one of the coolest squares in the world; shaped in the form of a shell, it slopes inwards and is overlooked by a glorious set of buildings including the imposing Torre del Mangia.

​In any other region, Lucca would be at the top of the list of cities and even in such good company as it gets in Tuscany, it's still one of the major attractions. Arezzo has bundles of history and a sloping square of its own (Piazza Grande), while the churches and towers on display in the cities of Prato and Pistoia rival the finest anywhere in the region. Each of the cities mentioned so far is the capital of its own province; the remaining provincial capitals are Livorno, an important ferry port and Grosseto, the southernmost city in the region. The smaller cities of Massa and Carrara combine to make the final province, just below Liguria; Carrara famous for its production of marble.

​Tuscany's hill towns are a thing of legend; San Gimignano is listed by UNESCO and has been dubbed the Medieval Manhattan due to its proliferation of historic towers that might have one day been seen as skyscrapers of their time. Volterra, Pienza and Montepulciano combine aesthetic beauty with historical fascination while the likes of Pitigliano and Cortona give you a feeling of stepping back in time.

​The southern section of Tuscany's coastline is dominated by the group of islands known as the Tuscan Archipelago. Most famous among the seven inhabited islands is Elba, once the home of Napoleon Bonaparte, but in modern times appreciated for its beaches and excellent accommodation options. Of the remaining six islands, Giglio dazzles with its crystalline waters and bountiful countryside while Capraia stands somewhat aloof from the others, further away but worth every ounce of effort it takes to reach it. Giannutri is home to the beautiful Cala Spalmatoio beach while Pianosa confuses with its combination of prison, nature reserve and beach. Montecristo and Gorgona are not widely available to visit although you can probably find a way to Gorgona's prison if you misbehave badly enough!

​Occupying the northern stretch of Tuscany's coastline is an area known as Versilia. Some of Italy's most popular seaside resorts are situated here including Viareggio, Pietrasanta and Forte dei Marmi. At the opposite end of Tuscany, the Maremma is another coastal region that numbers Castiglione della Pescaia and Porto Santo Stefano among its seaside towns, the latter of which is the departure port for ferries across to Giglio and Giannutri. Elba and Capraia meanwhile can be reached from ports further north: Piombino and Livorno.

​The best place to see those archetypal images of Tuscany of cypress tress and rolling hills is the Val d'Orcia. Yet another UNESCO World Heritage Site, the Val d'Orcia is an area of unrivalled natural beauty, punctuated by the towns of Pienza and nearby San Quirico d'Orcia, both within the province of Siena. Further Tuscan valley regions to explore include the Val di Cecina and Crete Senesi, while Tuscany's Chianti region can also boast a number of vineyard tows such as Radda in Chianti and Greve in Chianti. Wine enthusiasts will also find great pleasure in the merits of the vineyard town of Bolgheri, close to Marina di Cecina on the coast.

​Getting to Tuscany is as straightforward as you would wish it to be. The two international airports at Florence and Pisa cover the two most-visited cities but you can also fly into any of Rome's airports and head north if necessary. Tuscany's major cities have good rail links with most train stations centrally-located while the buses will enable you to access some of the harder to reach locations if you don't have a car. Ferry links to Elba and the other islands of the Tuscan Archipelago are well-established and efficient.

Things  to  see  in  Tuscany 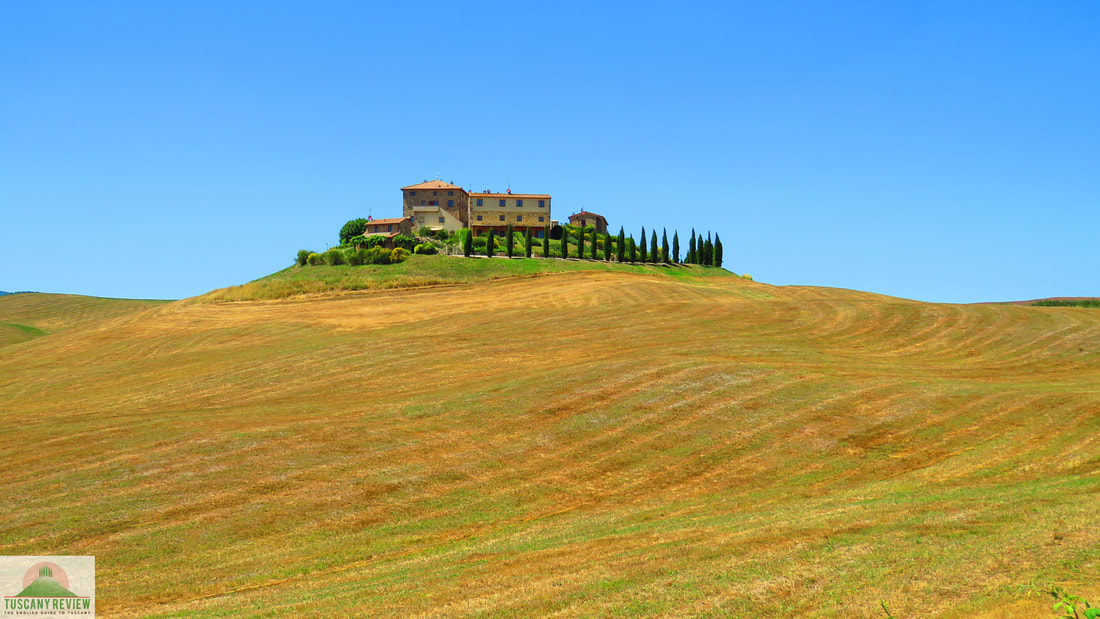