Palmanova is situated in the north-eastern Italian region of Friuli Venezia Giulia, around 20 kilometres from the international border with Slovenia which lies to its east. Until 2017 it was part of the Udine Province which then disbanded and gave way to the UTI Agro Aquileiese in a new system of Intercomunal Territorial Unions.

Just as in the name of the caption above, Palmanova's history is indeed brief, certainly by Italian standards. It was established in 1593 by the Venetian Republic as part of the defences against the Ottoman Turks to the east. Compare this with the many provincial towns in Italy that date back to Antiquity with the Romans, Greeks or Etruscans, and we see that Palmanova is a relatively new town.

The Renaissance was in full flourish by the time Palmanova was founded and the Humanist ideas of the period were fundamental to its creation. Palmanova was designed to the the ideal city, or Utopia, whose citizens would have everything they needed to sustain their agricultural, mercantile and spiritual needs.

During a period of shifting geopolitical patterns, threat of invasion or war was never far away and integral to Palmanova's development was the need for security. The town was built in an extraordinary shape of a nine-pointed star, something that can only be perceived properly from above. The shape allowed for defensive positions at the end of each star that were able to protect the fortifications to either side.

The town was enclosed by a system of ramparts behind a moat, pinned together by three city gates called the Porta Aquileia, Porta Cividale and Porta Udine. The system of fortifications were what earned Palmanova its UNESCO World Heritage listing in 2017, under the inscription: Venetian Works of Defence between the 16th and 17th Centuries: Stato da Terra – Western Stato da Mar, along with Bergamo and Peschiera del Garda in Italy, and three further sites split between Croatia and Montenegro.
Sightseeing

Individual sights are thin on the ground but it's the town itself and its layout which is the cause of most interest. At the heart of everything is the main square: Piazza Grande. It is in fact a huge square, or better to say pentagon, with the large open space designed to be a focal point for the community. Around the edges of the Piazza are a series of brightly coloured buildings, some of which house shops, restaurants and bars. Without question the main building of interest here is the Duomo, Palmanova's beautiful Renaissance cathedral, finished in 1636.

A series of four sets of concentric streets spread out from Piazza Grande, following the same geometric patterns, eventually spreading to the outer ramparts. There are various points where you can explore the ramparts and walk around them, to really get a feel of how they worked within the idea of the star-shaped fort. 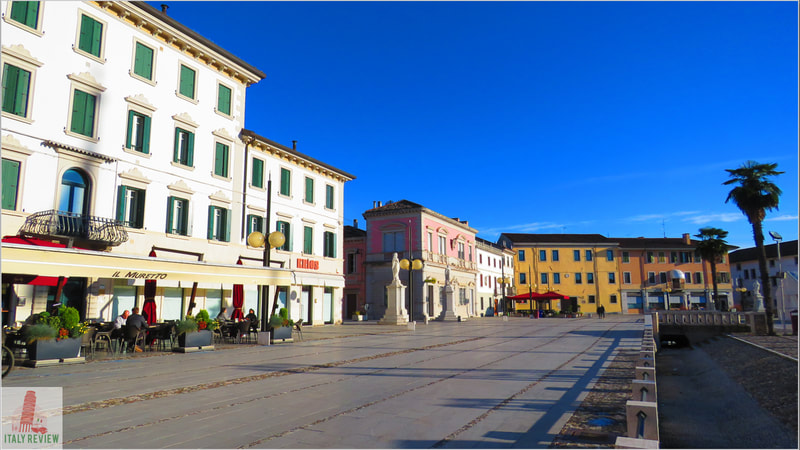 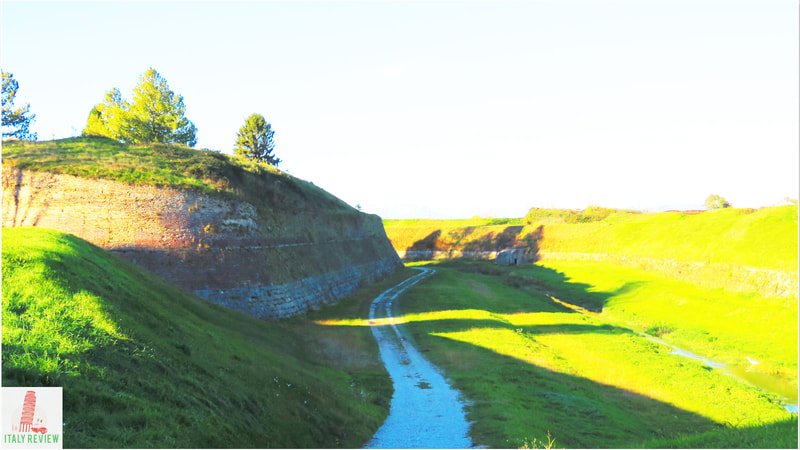 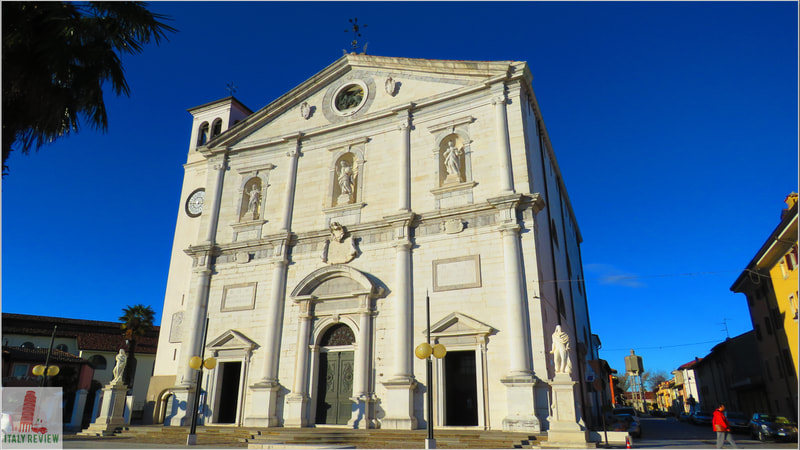 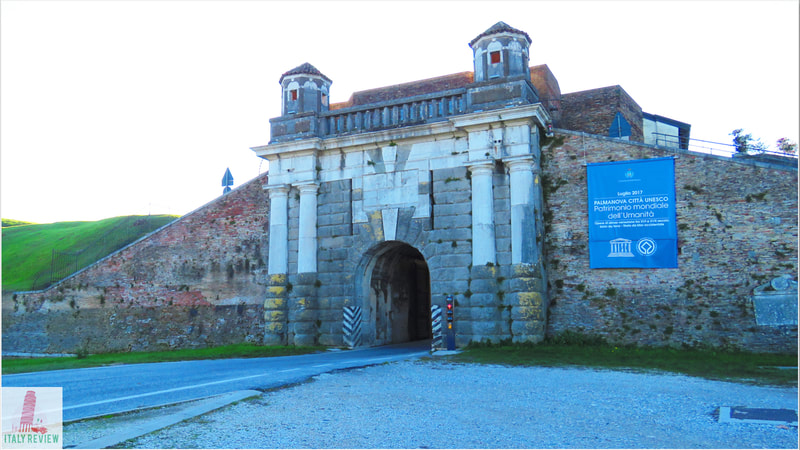 Porta Cividale, Palmanova
Comune di Palmanova
Palmanova is an official municipality (comune) of just over five thousand inhabitants. It covers a total area of thirteen square kilometres and stands at an elevation of 27 metres above sea level. Within the Comune of Palmanova there are three smaller villages known as frazioni: Jalmicco, Sottoselva and San Marco.

The town's highlights include its Cathedral, the main square Piazza Grande and the bastions that form the outer defensive system. The local cuisine includes ​Uardi e Fasùj which is a dialect term meaning barley and beans (Orzo e Fagioli in Italian). Another favourite is Fico which is a savoury tart made of cheese and potatoes. The best-rated restaurant in Palmanova is the Pizzeria al Gambero and the recommended accommodation is the Hotel Ai Dogi whose entrance lies just off Piazza Grande.

The area around Palmanova provide some great opportunities for both sightseeing and relaxation. A short distance to the south lies one of the most important Ancient Roman sites in Italy, the town of Aquileia, listed by UNESCO and containing a beautiful Romanesque cathedral and archaeological site.

A similar distance to the north of Palmanova is the city of Udine with its grand piazzas and impressive architecture, while to the east, lies the town of Gorizia which is situated on the international border with Slovenia and has more of a Slavic feel to it. Another of Friuli Venezia Giulia's UNESCO World Heritage sites is a short drive to the north east of Palmanova: Cividale del Friuli.

Away from the historic sites, it's only a half an hour drive to reach the coast from Palmanova with the two main towns of the Marano Lagoon: Grado and Marano Lagunare. A slightly more traditional seaside resort can be found just a little further along the coast at Lignano Sabbiadoro, a drive of around 40 minutes from Palmanova. 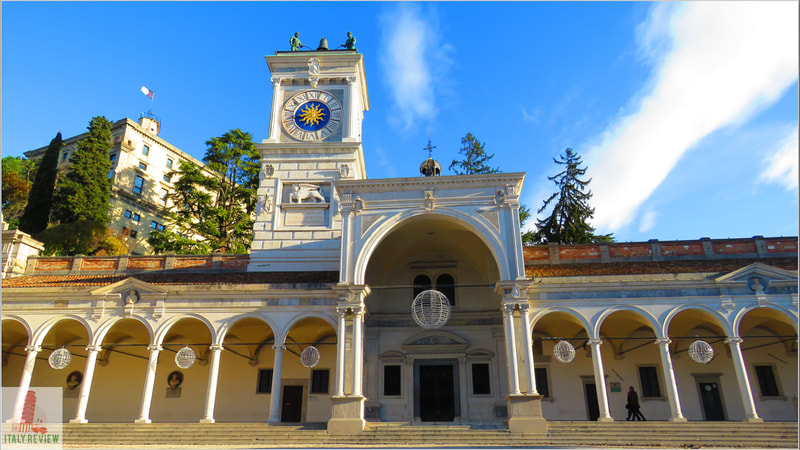 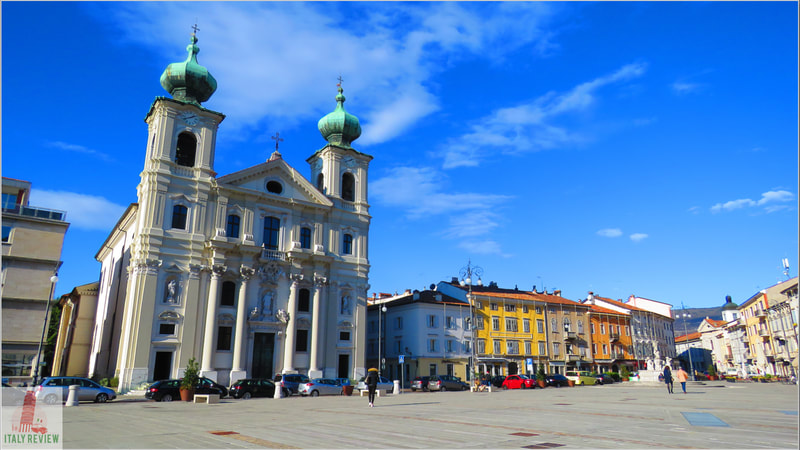 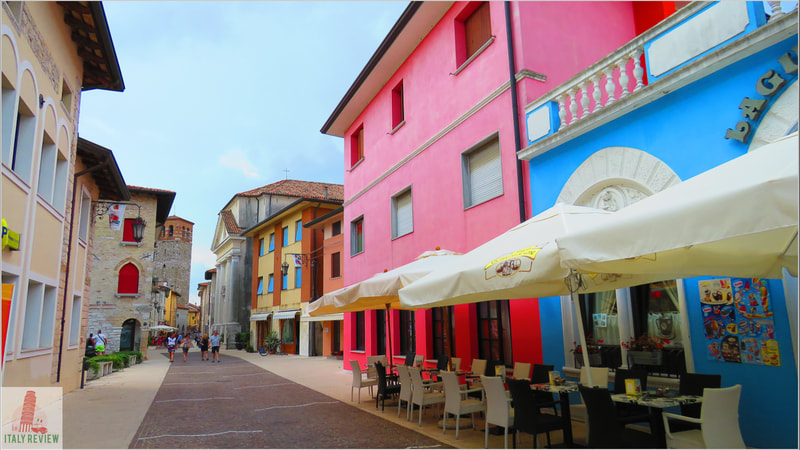 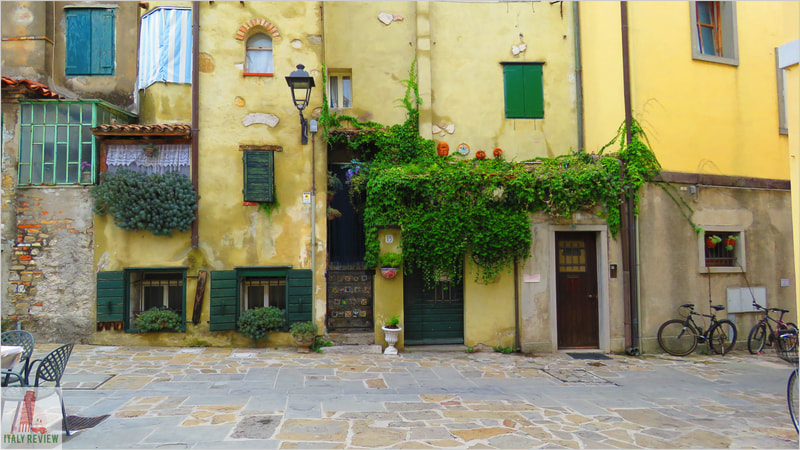 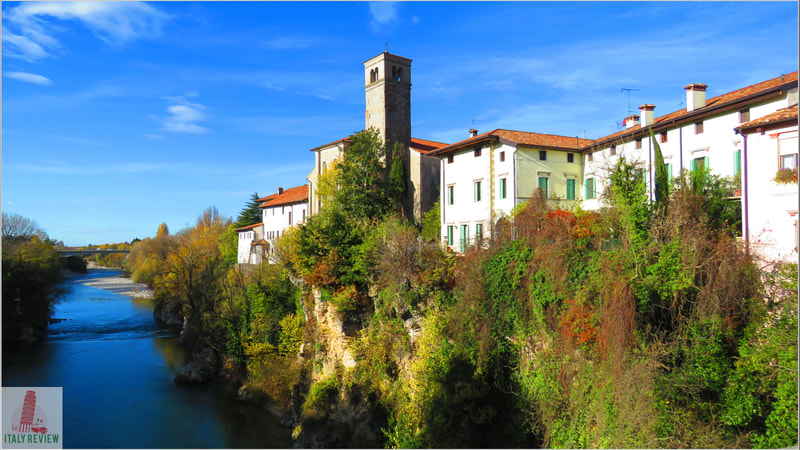