Latest update: 28 February 2022
Related links
Lake Trasimeno is the fourth largest of Italy's lakes and perhaps the first one on the list that you might not have heard of. The illustrious trio of Lake Garda, Lake Maggiore and Lake Como are well-established on the Italian tourism map and can boast some outstanding resorts.

The three famous lakes mentioned above have a number of similarities, particularly in terms of their dimensions and the type of landscape around them. Lake Trasimeno is quite different however: it has a much more open feel to it and its waters seem a lot calmer by comparison.

We can also see a difference in the type of resort around the edges of Lake Trasimeno: those of the larger lakes such as Sirmione, Bellagio or Stresa are known to millions and overflowing with accommodation options while Umbria's favourite body of water has a smaller collection of much more low-key towns.

Passignano sul Trasimeno and Castiglione del Lago are the largest towns around the lake and supplemented by a handful of smaller resorts such as San Feliciano and Tuoro sul Trasimeno, the latter of whose town centre lies a good distance inland of its beach.

Aside from the towns around the Lake, there are three islands in its centre which can be visited. Isola Polvese is the largest of the three: It measures 70 hectares and offers a mixture of small lakeside beaches and a forested interior, crowned by the Monastero di San Secondo.

The second largest island is called Isola Maggiore (which might sound odd given that maggiore means "great" or "major", but it gets its name only from being larger than its near neighbour Isola Minore, the smallest of the three. Isola Maggiore has a little borgo/village and some nice shaded places to walk around, while the main sight on the least-visited Isola Minore is the Chiesa del Gesù.

It's possible to visit Isola Polvese and Isola Maggiore all year round by ferry with different timetables for summer and winter. Isola Minore can only be visited by a private tour which it's possible to organise from the beach at Tuoro.

​Isola Polvese can only be reached from San Feliciano while Isola Maggiore can be accessed from any of Tuoro, Passignano or Castiglione del Lago. Full timetables for both summer and winter are displayed further down this page. The timetable details a place called Tuoro Navaccia which is in fact the lakeside beach area of Tuoro. 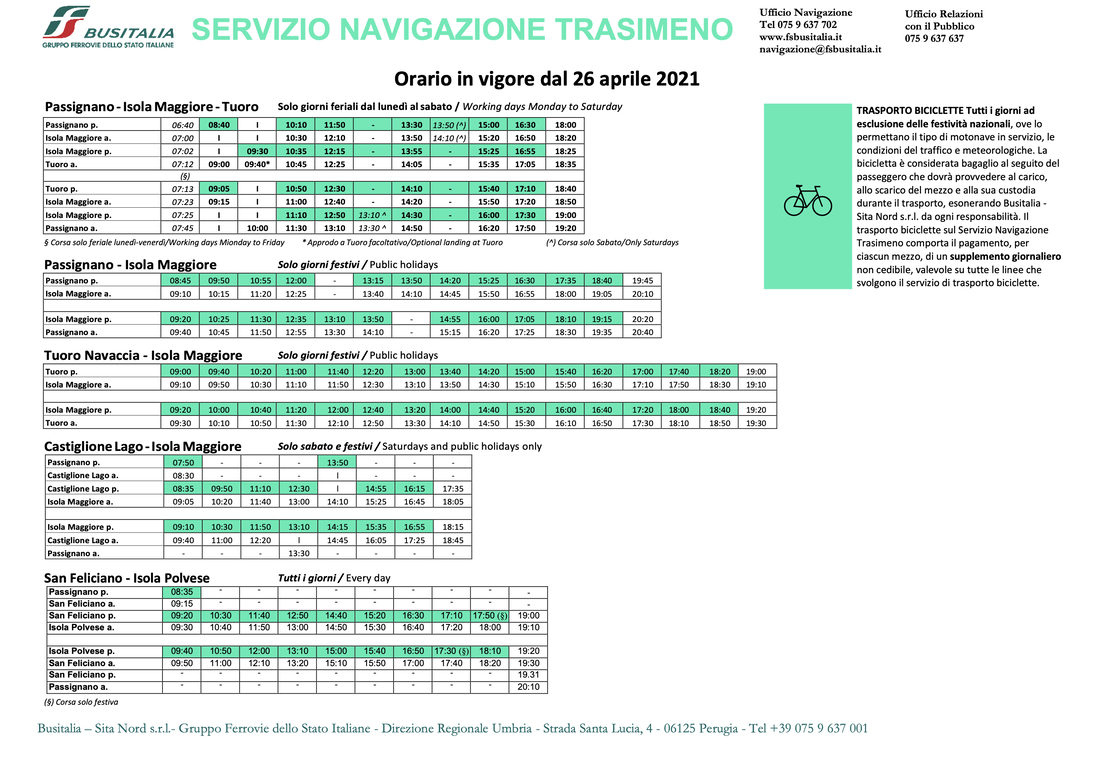 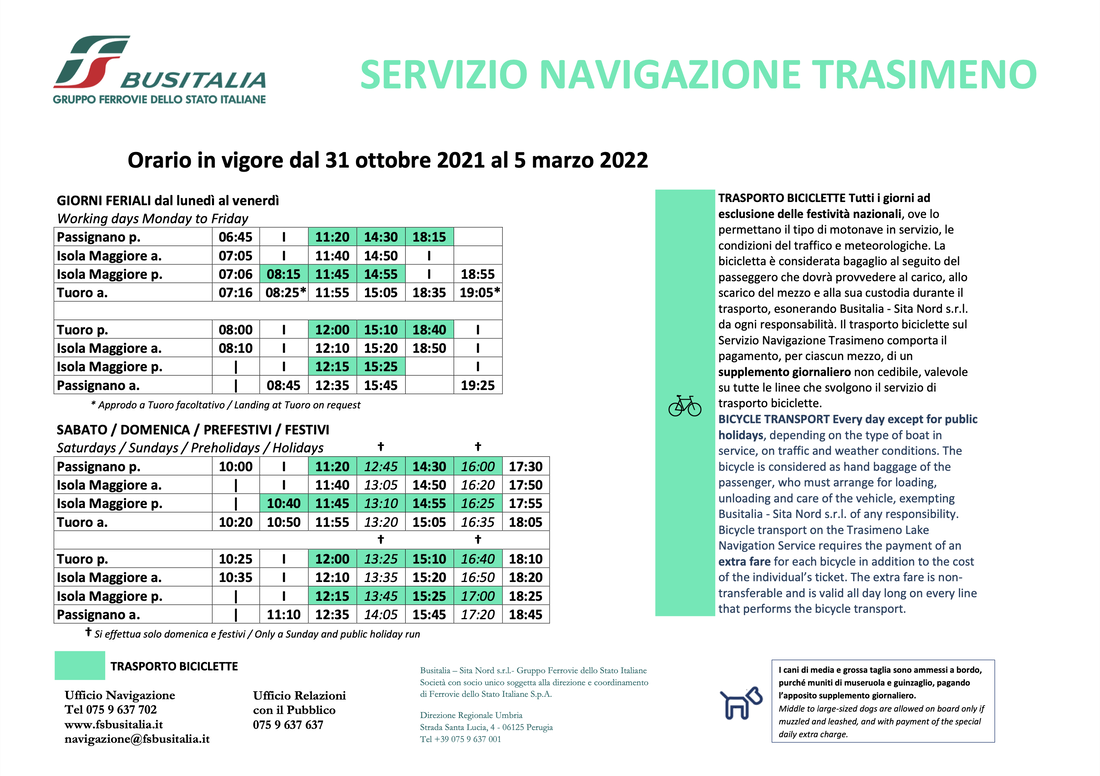