The Byzantine Empire stretched for more than a millennium from its establishment in the 4th century to its fall in 1453 when it was conquered by the Ottoman Turks. Italy was just one territory within the empire and its own architecture took a slightly different path to that of the wider empire. Whereas the Byzantine Empire lasted until 1453, the Italian Byzantine architecture which consisted largely of churches and baptisteries, began to wane around the 11th century when the Romanesque style took hold in Italy.
Influences

Italian Byzantine architecture was heavily influenced by its forerunners: Early Christian and Ancient Roman architecture. Differences in style were not always obvious between any of the three and in many ways, the different classifications refer as much to the time period during which they were built than any particular architectural features. That's not to say that there weren't differences, and as we move closer to the Romanesque period, those new features become more apparent.
Characteristics of Italian Byzantine architecture

One of the best case studies for Italian Byzantine architecture is the Basilica di San Vitale in Ravenna. Built in the 6th century AD, it's markedly different from the majority of churches that preceded or followed it. Whereas the typical basilica would be built along the lines of a rectangular base and a central nave, the Basilica di San Vitale was octagonal with a circular nave surrounded by a circular walkway.

A typical feature of Italian Byzantine churches was a highly decorative interior combined with a relatively plain exterior and the Basilica di San Vitale is a perfect example of this. Aside from its interesting geometric external appearance, it is the extraordinary mosaics that line the inner walls of the church that set it apart.

The city of Ravenna in Emilia Romagna is one of the best places to explore Italian Byzantine architecture: it's listed by UNESCO World Heritage under the heading: Early Christian Monuments of Ravenna with eight sites including churches, baptisteries, mausoleums and a chapel. Ravenna was the capital of the Western Roman Empire from 402 to 476 AD and as such was embellished with the most lavish buildings of the time. Aside from the Basilica di San Vitale, there are further extraordinary mosaic displays at the Basilica di Sant'Apollinare in Classe, the Basilica di Sant'Apollinare Nuovo, the Neonian Baptistery and perhaps most spectacularly of all, at the tiny Mausoleum of Galla Placidia which lies within the same grounds as San Vitale.

Byzantine architecture continued the use of domes that had been used by the Ancient Romans but were able to build them slightly higher: one of the most notable aspects of the Hagia Sophia is its huge dome which sits on an arcade of arched windows in a clerestory which gives the appearance of a floating halo when the light floods in.

The enormous dome of the Hagia Sophia was something of a one-off and there were a variety of roof types used in Italian Byzantine architecture. On the tiny island of Torcello in the Venetian Lagoon we find the Chiesa di San Fosca with a variation on the dome: a tiled roof that's circular overall but divided into a series of sections. In the hills of southern region of Calabria lies the tiny medieval village of Stilo whose Cattolica di Stilo Byzantine church is one of the most distinctive religious buildings in the south with its iconic roof made up of four tiled corner towers and one slightly taller in the centre. 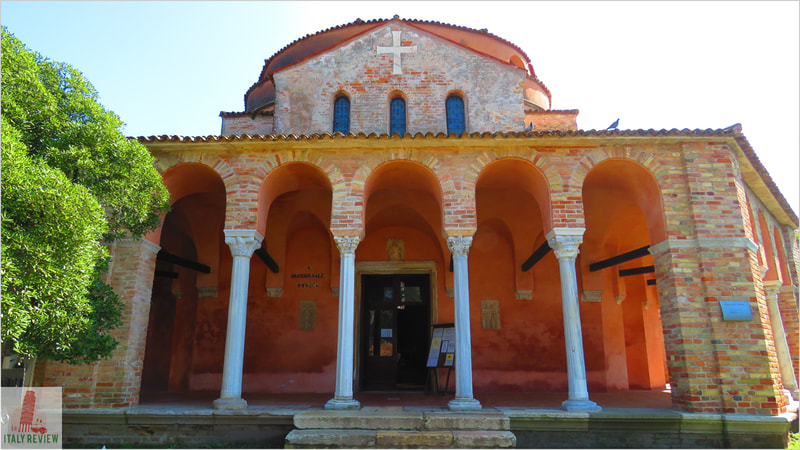 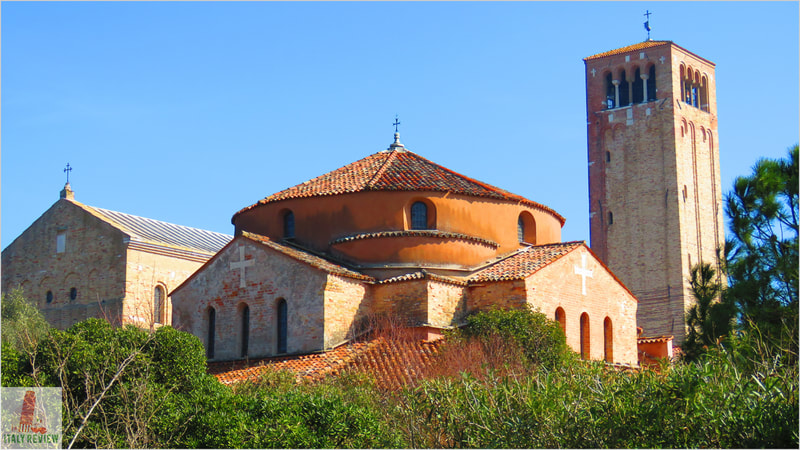 The jaw-dropping mosaics of Ravenna belong to the earlier phase of Byzantine architecture around the 6th century but if we wind forward some 700 years or so we find something just as extraordinary. During the 13th century, Sicily was a melting pot of civilisations and one of the most successful in history at integrating diverse races. This fact is celebrated with the UNESCO World Heritage inscription titled: Arab-Norman Palermo and the Cathedral Churches of Cefalù and Monreale. Among the nine physical sites of the inscription are a series of churches and palaces with quite wondrous Arab-Norman-Byzantine mosaics that dazzle in a different way to those in Ravenna.