Related links
​Fictitious though the story may be, the site of one of the world's most famous love stories has captured the imagination of visitors ever since it was published. The famous balcony upon which Juliet called out to Romeo is one of the main visitor destinations in the city, along with Romeo's House and the Juliet's Tomb and Frescoes Museum.

​There is of course, much much more to Verona than the world of romance. The city was founded by the Romans and contains some of the best-preserved sights from antiquity on the whole Italian mainland. The elegant Piazza Bra is a square of wide boulevards, street-side cafes and park area with a lovely fountain at its centre, but stealing the limelight in one corner is the magnificent Verona Arena. This is the icon of the city and ever its cultural hub; built in the 1st century AD, it was the setting for ancient ludi, a series of entertainments from horse races to religious festivals, with a capacity of up to 30,000 spectators. Nowadays, it stages open-air concerts during hot, balmy summer evenings; the dramatic setting creating an almost dream-like atmosphere.

​The Arena is just one of several remarkable Roman monuments throughout the city. Verona was once surrounded by a city wall, some of which still exists, and punctuated by a series of gates. The city gates are a powerful reminder of Verona's heritage which is further embellished by the Gavi Arch and the Roman Theatre (separate to the Arena and with its own archaeological museum).

Verona flourished under the rule of the Scaligeri family (the name derived from their real name: Della Scala which translates as "of the ladder") in the 13th and 14th centuries. This period of rule accounts for a whole host of remarkable sights throughout the city including the unique Castelvecchio Bridge (sometimes referred to as Ponte Scaligero) and Castelvecchio itself, the castle from which the bridge connects the opposing banks of the River Adige.

​One of the most attractive areas of Verona is the Città Antica, the old town which makes up the current city centre. A short walk from Piazza Bra, past the Arena, eventually brings you to the second most important square in the city: Piazza delle Erbe. The medieval market square is lined with restaurants and overlooked by the beautiful Case Mazzanti with their historic frescoes. Cast your eyes a little further to the sky and you find the Torre dei Lamberti, a medieval tower within which you can nowadays take a lift to the summit and enjoy the most spectacular views of Verona.

Piazza delle Erbe is flanked by a number of historic buildings and connects through to another beautiful square: Piazza dei Signori. At the centre of Piazza dei Signori you'll find a statue of Italian poet Dante who was exiled in Verona from Florence for six years from 1312. Surrounding Dante at the edges of the square are the beautiful Loggia del Consiglio along with various places to eat and drink.

​To the north of the city centre and lying close to the banks of the River Adige is Verona Cathedral, one of the most important religious buildings in the city but with some serious competition from the Basilica di Sant'Anastasia and the Chiesa di San Fermo Maggiore.

Heading north, away from the city centre, you can cross the River Adige on the ancient Ponte Pietra (Stone Bridge), built in 100 BC. The beautifully-preserved bridge allows you to cross over to an area called Veronetta which has its own special collection of sights. Once across the bridge, you can take the funicular railway up to Castel San Pietro for some further spectacular views of the city. Also, a reasonably short walk from here will bring you to one of the most beautiful gardens in Italy: Giardino Giusti.

Verona stands at something of a geographical crossroads, at the foot of the Alps to the north, a short distance east of Lake Garda and a short run along the motorway to the other great cities of Veneto: Vicenza, Padova and then Venice. International travellers can make use of Verona Airport which is located just ten kilometres outside the city centre. It can also boast a prominent train station which stands at the confluence of several routes connecting a whole host of major cities. The city centre itself is largely pedestrianised while the areas around the periphery can generally be reached by buses.
UNESCO World Heritage Site

Things  to  see  in  Verona 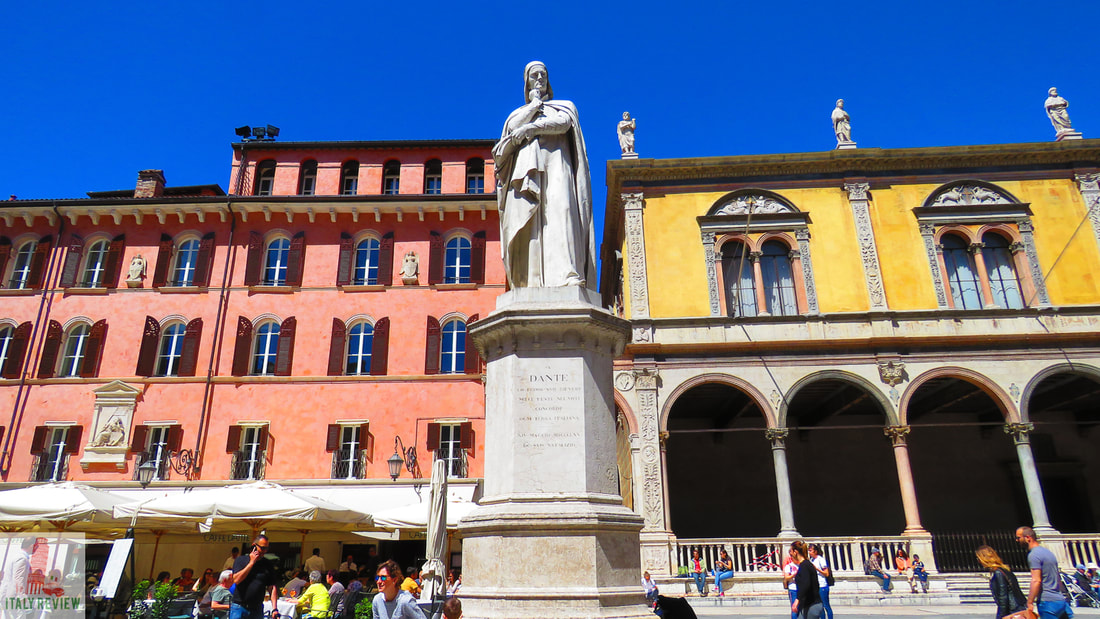