​Each of the twenty Italian regions is split into a series of provinces, of which Lombardy has twelve, again the highest number of all. The 12 provinces are geographical areas based around a central city, with for example, the newly-named Metropolitan City of Milan recently replacing the now defunct Milan Province.

The name Lombardy is a derivation of the Longobards who are often referred to as the Lombards. They ruled this and other regions on the Italian Peninsula in the early medieval period, a reign that is recognised by UNESCO with World Heritage Sites across the country.

​Lombardy's capital Milan is the most prosperous city in Italy and a treasure trove for tourists. Milan Cathedral is one of the most beautiful buildings in Italy, and flanked by the remarkable Galleria Vittorio Emanuele II, a glorious pre-cursor to modern shopping arcades. Also within the city are the famous Teatro alla Scala and the church of Santa Maria delle Grazie; home to Leonardo da Vinci's Last Supper.

​Away from the capital there are a series of historic cities within the region. The city of Bergamo is quite unique with its medieval upper town called Città Alta and its ground-level equivalent, Bergamo Bassa showing a much later, modern architectural style. A slightly different effect occurs in the city of Brescia, whose buildings encompass a number of diverse eras from the ancient to the modern. Brescia can also boast the Museo di Santa Giulia, another site recognised by UNESCO.

​Sitting at the south-eastern fringes of Lombardy, the city of Mantova is one of the most beautiful with its expansive piazzas and fascinating Palazzo Ducale. Further to the west of the region, the city of Pavia is home to the iconic "Ponte Coperto" bridge as well as the beautiful Certosa di Pavia just outside the city. Another city that comes from the medieval age is Cremona with its imposing cathedral among the sights but it's best known as the home of the violin and one Stradivarius.

​The cities of Monza, Lodi, Sondrio and Varese are all full of history and the central towns of eponymous provinces while the remaining provincial cities are around the region's most glorious lake. At the south-western end of Lake Como, the city of Como is hugely popular for its wide boulevards, historic centre and lakeside promenades while marking the south-eastern spur, Lecco offers the possibility to explore some of the glorious, smaller lakeside towns to its north such as Varenna and Bellagio. There are dozens of beautiful towns around Lake Como, of various sizes, along with some of Italy's most beautiful gardens such as Villa Monastero, Giardini di Villa Melzi, Villa del Balbianello and Villa Carlotta.

Italy's three great lakes lie in a row across the region with Lake Como in the centre flanked to the west by Lake Maggiore and to the east by Lake Garda. Lake Maggiore is split between the neighbouring region of Piedmont on its western shore and Lombardy on the opposing bank with highlights on the Lombardy side including the hermitage of Santa Caterina del Sasso. Lake Garda is divided between Trentino Alto-Adige/South Tyrol to the north and Veneto to the east while the majority of the western shore belongs to Lombardy. The most popular lakeside town on the Lombardy section of the southern shore is Sirmione with its castle forming a dramatic backdrop to the crystalline water of the lake, while further to the north, the pretty town of Limone sul Garda is not to be missed.

​The three great lakes listed above represent just a portion of the overall number of lakes in Lombardy. There are dozens more and in any other region, the likes of Lake Lugano, Lake Idro and Lake Iseo would be listed at the very top of the list of attractions. At the centre of Lake Iseo, the island of Monte Isola is a great day out while to the north-west of the region, Lake Mezzola offers some delightful scenery.

​Northern Lombardy is dominated by the Alps and it's here that you'll find a clutch of ski resorts including Ponte di Legno, Livigno and Bormio to name just a few. Just north of Bormio is the famous Passo dello Stelvio, a mountain pass that traverses the Stelvio National Park which is shared between Lombardy and the autonomous South Tyrol Province. In what represents some of the most dramatic scenery in Europe, the mountain pass with its never-ending twists and turns is seen as something of a challenge for motorists and cyclists alike.

A smaller, but no less beautiful park within Lombardy is the Parco delle Orobie Bergamasche, just north of Bergamo. In an area of exceptional beauty, you'll also find the riverside town of San Giovanni Bianco and its more illustrious neighbour, San Pellegrino Terme whose water bottles can be found on dinner tables across the world.

​In terms of travel, Lombardy is well-served by three airports close to Milan. Around the capital itself are Milan Linate and Milan Malpensa while "Milan Bergamo Airport" is something of a misnomer as its most certainly in Bergamo rather than Milan. The region's trains and buses work well while each of the larger lakes has its own system of ferries that will take you to the most popular lakeside resorts.

There's much, much more to Lombardy than I've been able to cram in on this single page but throughout this website you'll be able to discover some of the region's other delights, many of which are listed under the Things to see in Lombardy section.

Things  to  see  in  Lombardy 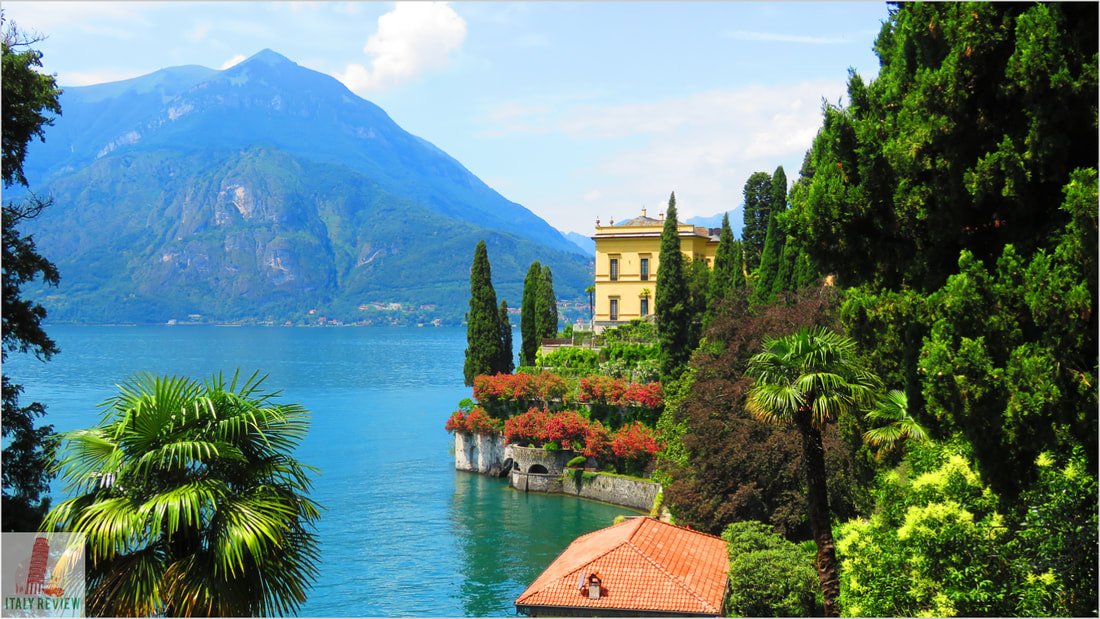