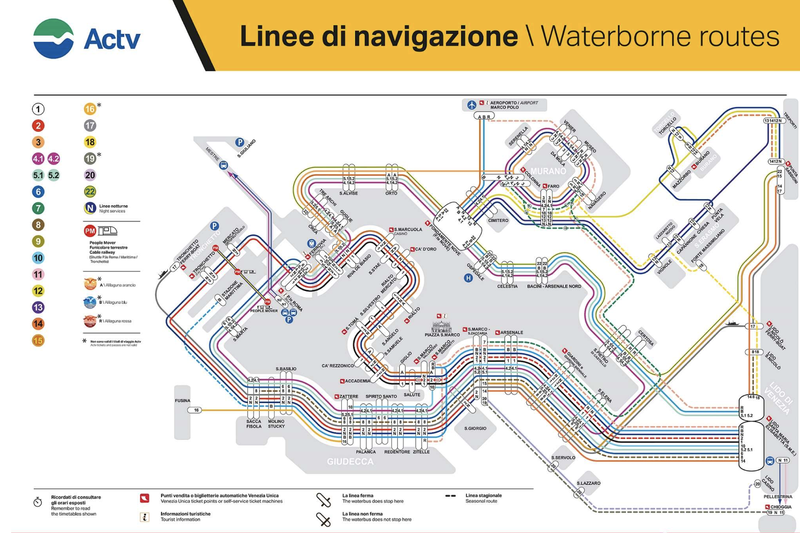 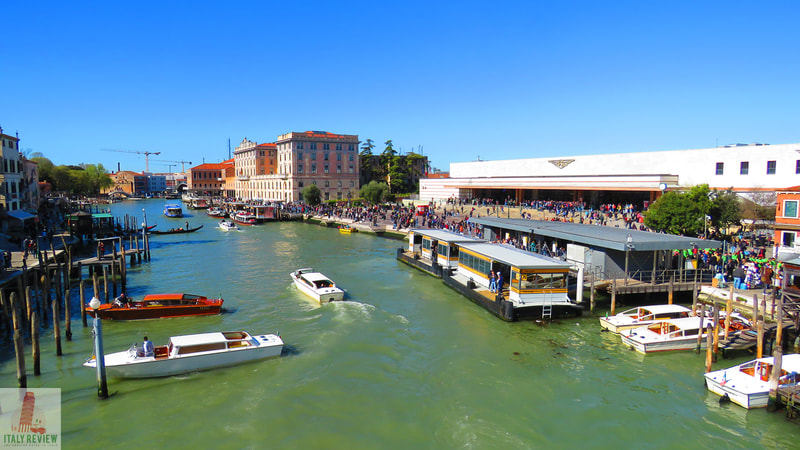 Most visitors to this website will be planning a trip to Veneto from outside of Italy so perhaps it makes sense to first have a look at reaching the region by air. There are three international airports in Veneto: Venice, Verona and Treviso.

You can, in theory, use any of those airports to reach any destination in the region; it only takes an hour and a quarter to get from Venice Marco Polo Airport to Verona Airport for example so if you can't find a conveniently-timed or priced flight to one airport, you can always use one of the others if necessary.

The majority of visitors to Veneto are coming specifically to visit Venice so for them, the best airport is undoubtedly Venice Marco Polo which is a 20 minute bus ride outside the city. You can also transfer from the airport by boat; it takes an hour longer but it's a wonderful way to start your visit to the city.

The next closest airport to Venice is Treviso Airport; this is a much smaller airport, served mainly by low-cost airlines, but the transfer time to Venice is just over an hour by bus. Treviso is also a useful option for skiers; the most famous ski resort in Veneto is Cortina d'Ampezzo and you can get there in around two hours by car.

Another large proportion of visitors to Veneto come to visit Lake Garda and for them, the most convenient airport is Verona. The main town in the Veneto section of the lake (the western half belongs to Lombardy, the north eastern area to Trentino Alto-Adige/South Tyrol and the south east to Veneto) is Peschiera del Garda which is just a 20 minute drive from Verona Airport while Verona itself is around 15 minutes away; the airport being located 10 km outside the city centre.

Making your way around Venice

Venice itself has a unique transport system as it's based around the city's canals. There are no roads in the centre of Venice but you can reach a smaller, man-made island called Tronchetto which acts as a huge, multi-storey car park. Once you're in Tronchetto you can use the Venice Water Bus system to get wherever you need to go in the city. The Venice Water Bus Vaporetto Map is the first thing you should have handy when planning a trip to Venice as this is almost certainly how you will spend the majority of your time travelling around.

The Venice Water Bus Map is quite complex, showing all the different coloured and numbered routes around Venice and its neighbouring islands which, among others, include Murano, Burano and Lido di Venezia. You can reach some far-flung locations all around the Venetian Lagoon by using the water buses (in Italian they're called "Vaporetto" in singular or "Vaporetti"in plural), so familiarising yourself with those routes and options is a great way to help make this a successful trip. I should add here that one of the best ways to see Venice is simply by walking but you can't see absolutely everything on foot.

If you're starting your journey to Venice from inside Italy then the trains are an important consideration. It takes around 3 and a half hours to reach Venice from Rome, using the high-speed trains. The southern, flatter half of Veneto is well-served by railway stations; Venice itself has a railway station in the city centre (Venice Santa Lucia Train Station), as do the other major cities in the region; Verona, Padua, Vicenza and Treviso.

The northern areas of Veneto are in the Dolomites mountain range where the majority of public transport is by local buses. In many cases it's best to rent a car or take your own car if you want to reach some of the more remote areas such as the ski resorts, or indeed, if you have a number of places that you wish to visit during your stay. The main transport hub in these Alpine regions is the city of Belluno which you can reach by train from Treviso in just under two hours. From Belluno you can find a number of buses to reach the smaller towns and villages.
​
Buses and Trams in Veneto
​
The major cities in Veneto have their own metropolitan bus systems while most smaller urban conurbations can be reached by local buses.

Aside from buses, the cities of Padua and Vicenza also have tram systems in operation.