A first glance at the Milan Metro Map may leave you feeling a little daunted but it's not quite as bad as it first looks and is easy enough to understand eventually. The first map below includes the Metro network as well as the suburban railways but as far as the Metro is concerned, the main interest comes from the four colour-coded lines of the four main routes.

Those routes are M1, M2, M3 and just to confuse you M5, each being assigned to a colour. It's highly unlikely that any visit to Milan will require you to use all of these lines and it's highly probable that you'll only need a few different stops as well. For that reason, I've provided a zoomed-in version of the map further down the page which will show you the main places of interest and their relevant stops.

​Almost every visitor to Milan will at some stage visit Milan Cathedral which is on the city's busiest square: Piazza del Duomo. The most convenient station for both the Cathedral and the square is the handily-named Duomo, whose staircase takes you right into the middle of the Piazza. Other stations of interest include Centrale FS which is the stop for Milano Centrale, the city's main train station, Cairoli which is handy for both Parco Sempione and Sforza Castle, and Conciliazione which is the most convenient stop for Santa Maria delle Grazie, the home of Da Vinci's Last Supper. 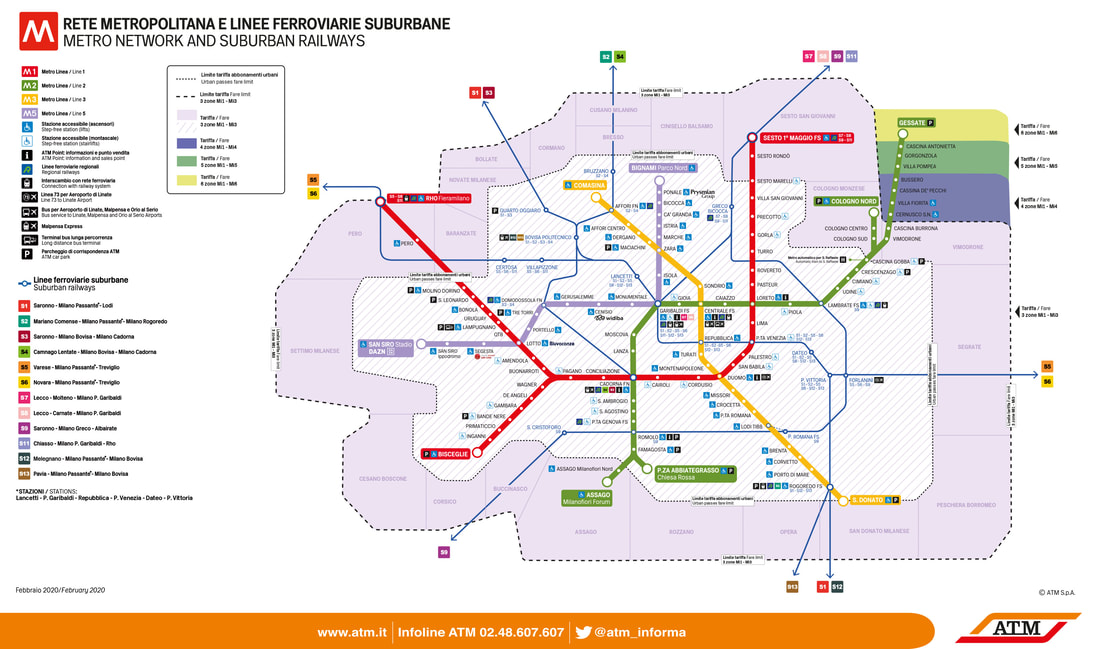 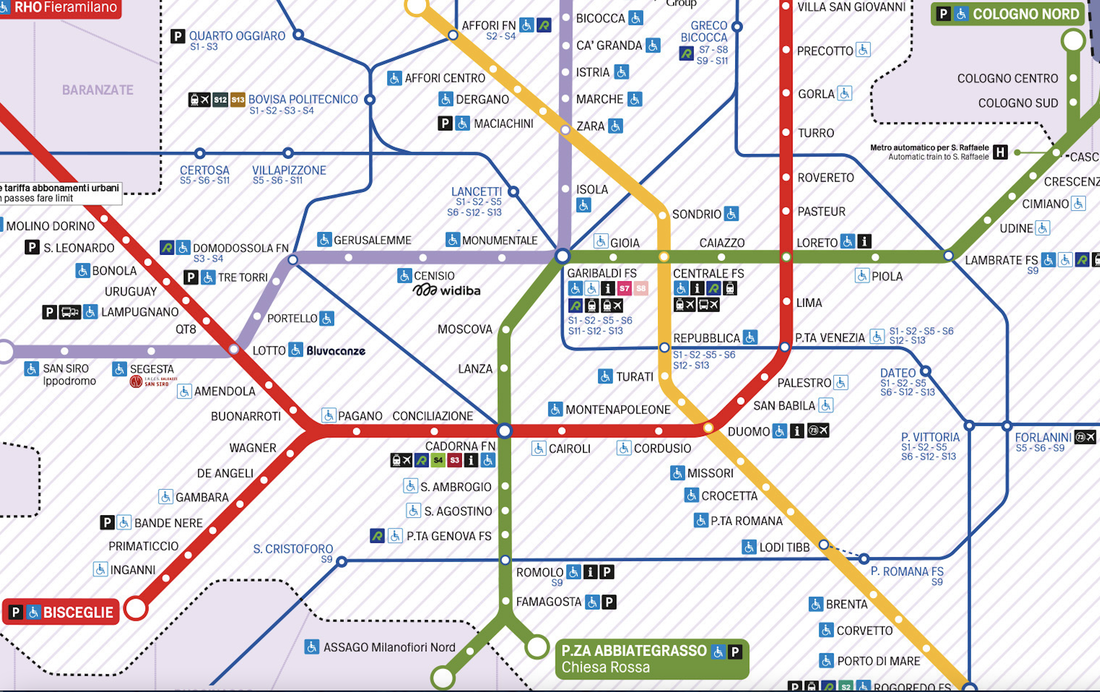