Latest update: 5 March 2022
Related links
Mussomeli's fame reached worldwide proportions in 2021 when it became the latest Sicilian town to offer homes for as little as €1, a scheme designed to breathe new life into the struggling local economy and to boost the dwindling population.

On a personal note, Mussomeli has been the source of a surprising discovery; in putting together the Italy Review website I've travelled to every corner of the country, seeking out interesting little villages such as this one in the Sicilian hills. The main reason for my visit to Mussomeli was to see the almost mystical Castello Manfredonico with its slightly quirky shape.

​Being in such a remote location, the last thing I expected to find at the ticket office of the castle was someone from my own home town in the UK! It turns out that a large number of Mussomelesi have at one time or another emigrated to the UK but in particular to the county of Surrey, where I happen to be from. One of the main towns in Surrey is Woking and you really don't have to go too far when you're there to find someone from Mussomeli, such is the amount of Mussomelesi to have relocated there and in the surrounding area.
Comune di Mussomeli

Mussomeli is situated in a fairly remote location, surrounded by the beautiful landscapes of undulating hills in the Sicilian countryside. It's one of the most central towns in Sicily where the island region's Tyrrhenian Coast to the north is almost equidistant to the slightly closer Mediterranean coast to the south. In terms of villages in the area closest to Mussomeli, one which really catches the eye is Sutera; not only is it listed among the Borghi Più Belli d'Italia (Italy's Most Beautiful Villages), but the countryside around it is exceptionally pretty and speckled by colourful wild flowers, especially so in the spring.

The closest city to Mussomeli is the provincial capital of Caltanissetta which has a famous cathedral. The cross-country drive of 42 kilometres takes around 55 minutes with many of the roads being bumpy in places; a good sturdy car is essential for this part of Sicily, not just for the bumps in the road but for some of the steep hills.

Although Caltanissetta is a tiny bit closer, the next city of Agrigento which is 45 kilometres away takes slightly less time to reach; around 45 minutes with much of that distance covered by a good, main road, the Strada Statale or SS189. Agrigento is an interesting city situated across a hill with an historic centre that gradually winds its way to the top of that hill where there's a magnificent cathedral.

By way of contrast, it only requires a short downhill walk away from the historic centre to arrive at a much more modern centre with some interesting architecture such as that of its train station. It is of course impossible to mention Agrigento without including the Valley of the Temples; a magnificent archaeological site listed by UNESCO and one of the main cultural visitor attractions in Sicily.

From Agrigento it's only a short distance to the southern coast where you reach the town of Porto Empedocle. From the port town you can take a ferry across to the Pelagie Islands, the most famous of which is Lampedusa with its award-winning beach: the Spiaggia dei Conigli.

You don't however have to take a ferry to find some great beaches close to Mussomeli; there are a few sandy beaches close to the town centre of Porto Empedocle but slightly further to the west of the town is the Scala dei Turchi, a complex of beautiful sandy beaches which is also one of the most fascinating natural sights in Sicily.

There are two international airports that can be considered useful for reaching Mussomeli; slightly the closer of the two is Palermo Airport which is 125 kilometres north west of Mussomeli, a journey which takes an hour and 55 minutes, or alternatively, Catania Airport which is 147 kilometres directly east of Mussomeli with a slightly longer journey time of two hours and 10 minutes. 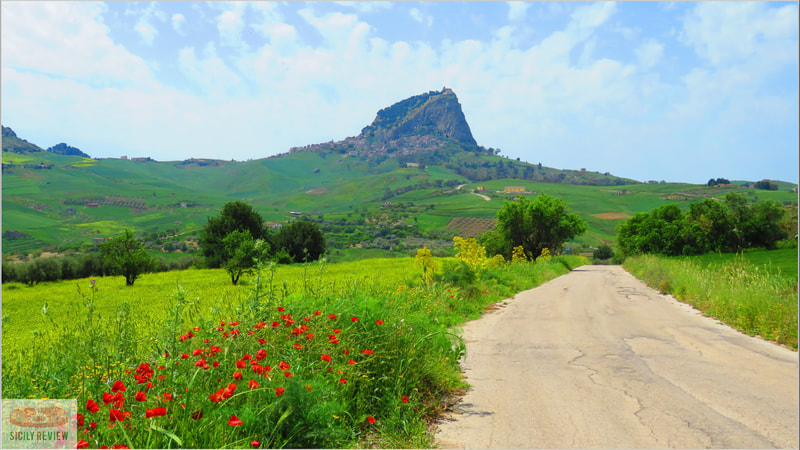 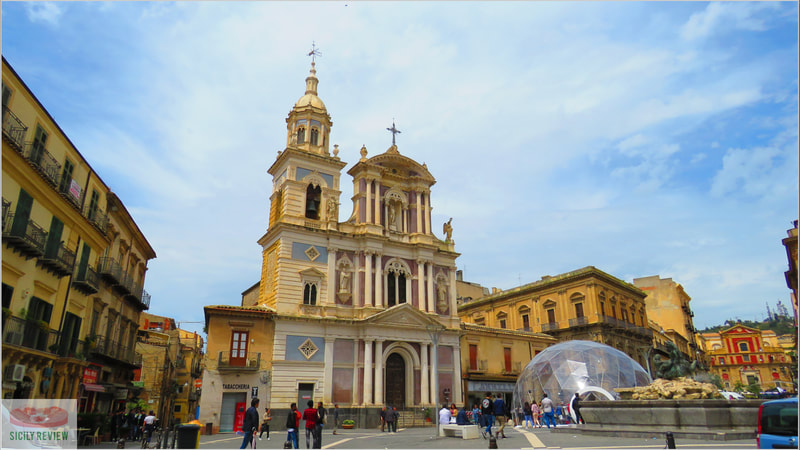 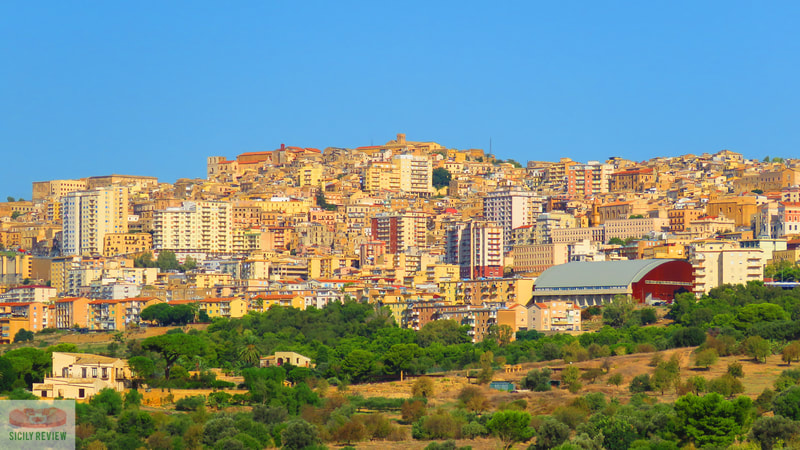 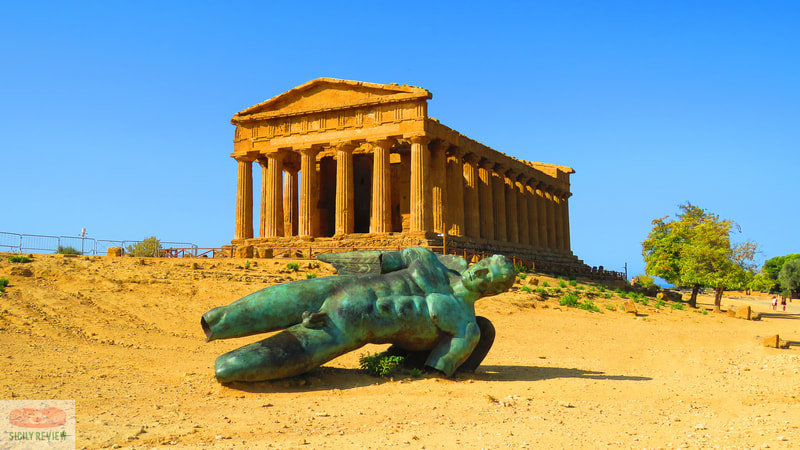 Valley of the Temples in Agrigento (49 km) 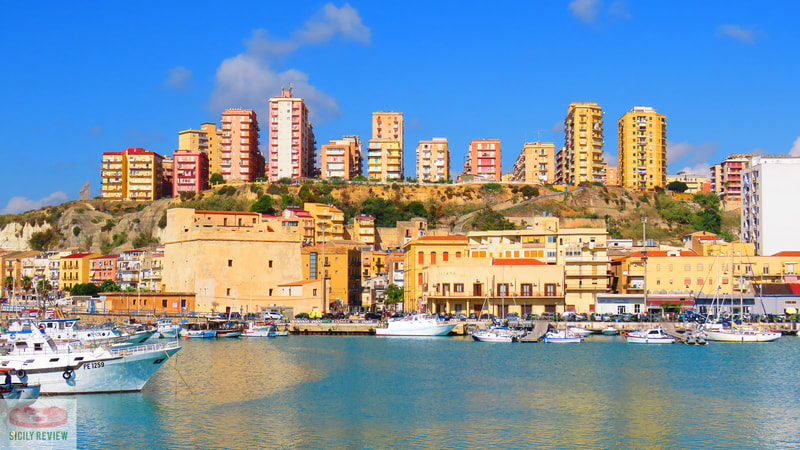 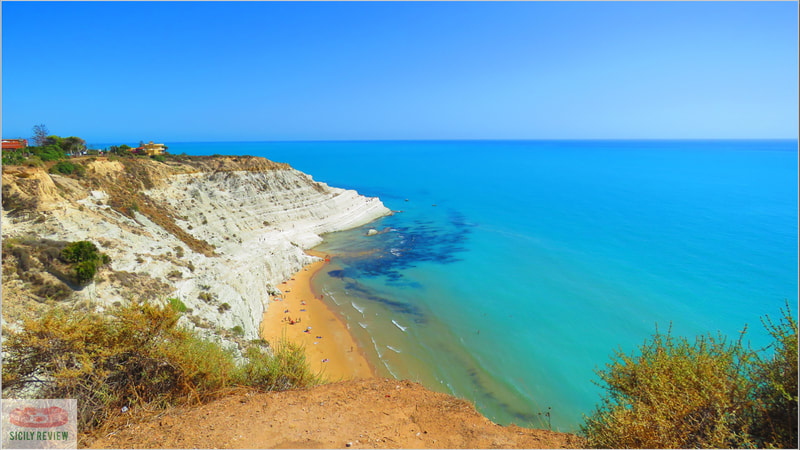