Related links
​Very much the cultural as well as political centre of Piedmont, Turin straddles an area between the Alps to the north and west, with the huge, flat Po Valley extending out to the east. The River Po threads its way around the city's eastern edge where it eventually meets another waterway, the River Dora, that flows through Turin's centre.

​The 1969 film The Italian Job starring Michael Caine was shot largely on location in Turin and saw some of its most memorable scenes. The famous car chase of the minis fleeing the hotly pursuing police cars on top of buildings, through the river and even down the stairs of a church, give just a hint as to what can be found in the city that has, nevertheless, changed much during the intervening years.

​Turin's best feature is its marvellous collection of museums and art galleries. There are two royal palaces here as well: the first of those is just on the edge of the city, the glorious Reggia di Venaria Reale which requires the best part of the day for an effective visit. The second is the Royal Palace of Turin, which lies right in the centre and within a short walk of another palace, the Palazzo Madama on Piazza Castello.

​Widely-regarded as one of the best of its kind outside Egypt itself, Turin's Egyptian Museum has been open since 1824. Just a few steps from the Egyptian Museum lies the National Museum of the Risorgimento which showcases the events which led to the unification of Italy in 1861. The most iconic building in Turin is the Mole Antonelliana; at 168 metres tall it towers over every other building in the city and is the current home of the National Museum of Cinema. Apart from the fascinating and engaging displays of the cinema itself, you can take a lift to the top of the building and get one of the best possible views of the city.

​Away from the city centre lies another fantastic museum: the National Automobile Museum within a beautifully-designed, modern building housing an extraordinary collection of cars in imaginative settings. Other museums of note are the Juventus Museum, away from the city centre and close to the Venaria Reale Palace, the Galleria d'Arte Moderna in the city centre and the Borgo Medievale, an open-air museum close to the National Automobile Museum. Also keep an eye out for the wonderful Lavazza Museum which celebrates the production of coffee, something the city has a proud tradition in.

The most important religious building in the city is Turin Cathedral with its distinctive spire and huge bell tower called the Torre Campanaria del Duomo. Also of great interest in the city centre are the beautiful Santuario della Consolata and the Basilica di Maria Ausiliatrice. Another religious building, away from the city centre but reachable by a funicular railway, marks the spot of a modern tragedy that had far-reaching consequences for the city's other football team, Torino FC. On 4th May 1949, an aeroplane carrying the entire team, the most successful of their era, went down in the grounds of the Basilica di Superga. Among the 31 victims of the crash was the team's manager, the Englishman Leslie Lievesley.

​​A visit to Turin isn't quite complete without a trek up to the Monte dei Cappuccini. Aside from the church of the same name that sits at the top of it and the Museo Nazionale della Montagna next to it, the hill provides the best overall view of the city with the snow-capped Alps in the background, the Mole Antonelliana standing proud in the city centre, and the River Po winding its way around the edges. From here you can also get a great view down to the city's biggest park, Parco del Valentino which is a hugely popular spot, especially during the summer when you can take boat rides along the river or hire bikes to ride around the park.

International visitors to Turin can take advantage of Turin Airport which is located just 15 kilometres from the city centre. As for getting around the city itself there are several options including trams, buses and the modern underground Metro system which was built for the 2006 Winter Olympics. One of the most important stops on the Metro is Porta Nuova which is also Turin's main train station with rail links to all of the other major cities in Italy. 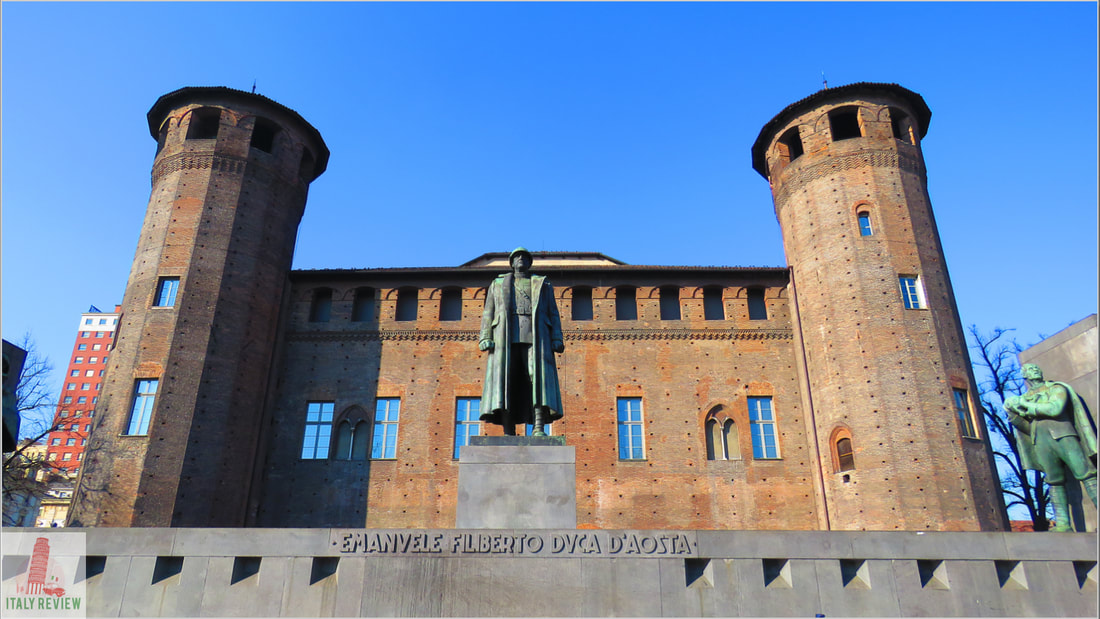