Confused? Well, it's more than understandable and an added layer of confusion comes from the former provinces of Friuli Venezia Giulia, of which there were four: namely Trieste, Gorizia, Udine and Pordenone. Between 2017 and 2018, those four provinces were divided up into eighteen administrative areas known as UTIs, (Unioni Territoriali Intercomunali), such as UTI Giuliana, of which Trieste is the capital.

​The region was officially established in 1954 after a period, or better to say, a history of turmoil. The geographical position in an area where several languages are spoken is partly to blame for making it an important theatre of operations in a number of wars. The population of Friuli Venezia Giulia are native speakers either of Friuliano, Italian, Slovenian or German.

​Trieste, the capital of Friuli Venezia Giulia acts as something of a microcosm of the region's political upheaval. As recently as 1918 it was in the hands of the Austrian Empire before its dissolution, annexed by the Germans in 1943, and shared between Italy and Yugoslavia later in the 20th century. For the Austrians it was of huge strategic importance as it was their only port and outlet on to the seas. Trieste's port has also been instrumental in its development as an important centre of the coffee trade, accounting for in the region of 40% of Italy's imports of the substance. In a country of caffeine-addicts, that represents a lot of coffee!

​The capital sits at the easternmost point of Italy and geographically appears to be more a part of Slovenia than Italy. It lies on the Gulf of Trieste, north-west of which are a number of seaside resorts including Sistiana and Duino, while further south and even closer to Slovenia lies the delightful town of Muggia. Not to be missed on the periphery of Trieste is the beautiful Castello di Miramare.

Further west and away from the Gulf of Trieste lies one of the region's favourite seaside locations, the town of Grado. Apart from its historic architecture and beach, Grado is the main town of a small lagoon whose islands can be explored by boat. Continuing west from Grado you eventually reach another lagoon town: Marano Lagunare before arriving at the beach resort of Lignano Sabbiadoro .

​The most important city in the south-west of Friuli Venezia Giulia is Pordenone which is also the capital of one of the newly-formed UTI areas (UTI del Noncello). The unquestionable highlight of this area is the town of Aquileia, the one-time Roman capital of Friuli and now a UNESCO World Heritage Site comprising an ancient archaeological site and a beautifully-preserved Basilica. Further UNESCO sites within the region include Palmanova for its Venetian Defensive Walls, and the town of Cividale del Friuli, a former base of the Longobards that ruled Italy during the early medieval period.

Combining historical importance and aesthetic beauty, the city of Udine is a must for any serious exploration of the region. It was the powerful Venetian Republic that left the biggest stamp on Udine, building beautiful churches and palaces, including the Loggia del Lionello, modelled on the Doge's Palace in Venice itself.

South-east of Udine, the final major city within Friuli Venezia Giulia is Gorizia. Lying as it does, right on the border with Slovenia, it represents an obvious mix of cultures, with even its name belonging more to Slavic than Italian traditions. Keep an eye out here for the Chiesa di Sant'Ignazio whose domes are of a distinctly more eastern appearance than is typically found in Italy.

Apart from the third of the region made up by the Carso limestone plateau, the remainder of Friuli Venezia Giulia consists of alluvial plains that eventually drift into the Adriatic to the south, and the majestic Alps to the north, accounting for roughly half of the terrain. The snow-capped mountains of the northern climes are a favourite winter sport destination including the ski resorts of Tarvisio and Sella Nevea.

Offering some of the most breathtaking scenery in the region however, are the lakes. In the absolute north-eastern corner of Italy's border with Slovenia are the two "Laghi di Fusine", or Fusine Lakes. The upper "Lago di Fusine Superiore" and lower, "Lago di Fusine Inferiore" are situated within a short walk of each other and offer a number of opportunities for activity and leisure.

Despite being one of Italy's smallest regions, Friuli Venezia Giulia's environs are packed with historical sights and fabulous scenery. The lakes of Barcis and Sauris are two such locations in the north of the region and just a short distance from the rolling fields and open-spaces of Sappada. Of more historical importance, a number of towns should be included in your itineraries including Spilimbergo, Sacile, San Daniele del Friuli and San Vito al Tagliamento to name just a few.

​International travellers can take advantage of the region's Trieste Airport, with further options available at nearby Treviso or slightly further afield: Venice. In the flatter, southern reaches of the region, public transport in the form of buses and trains is efficient and reliable, while the Alpine areas are best explored by car if possible. 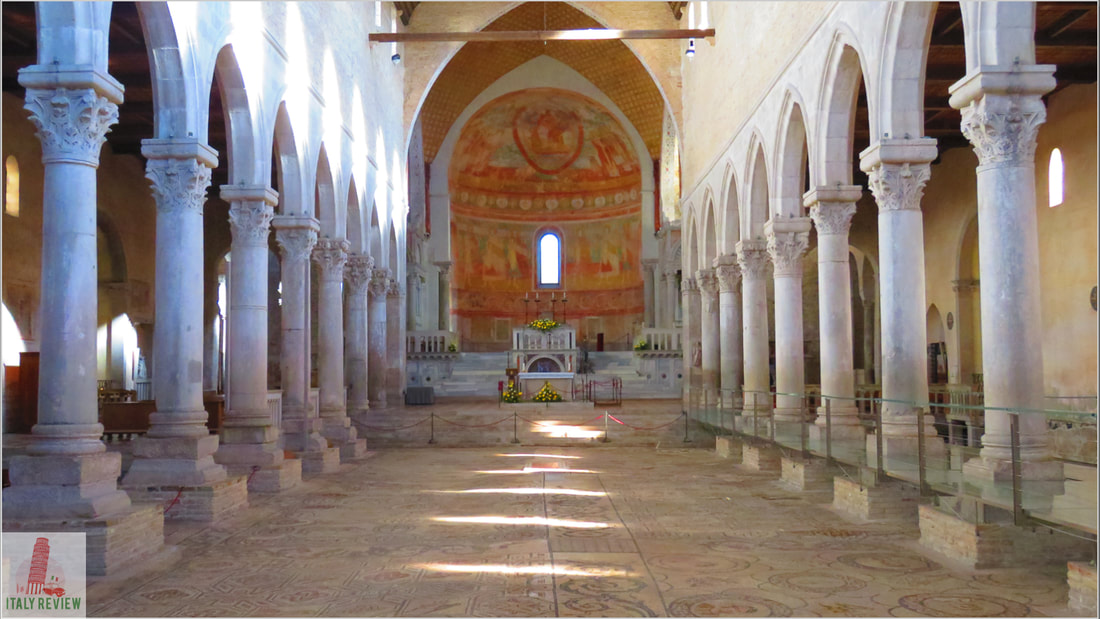